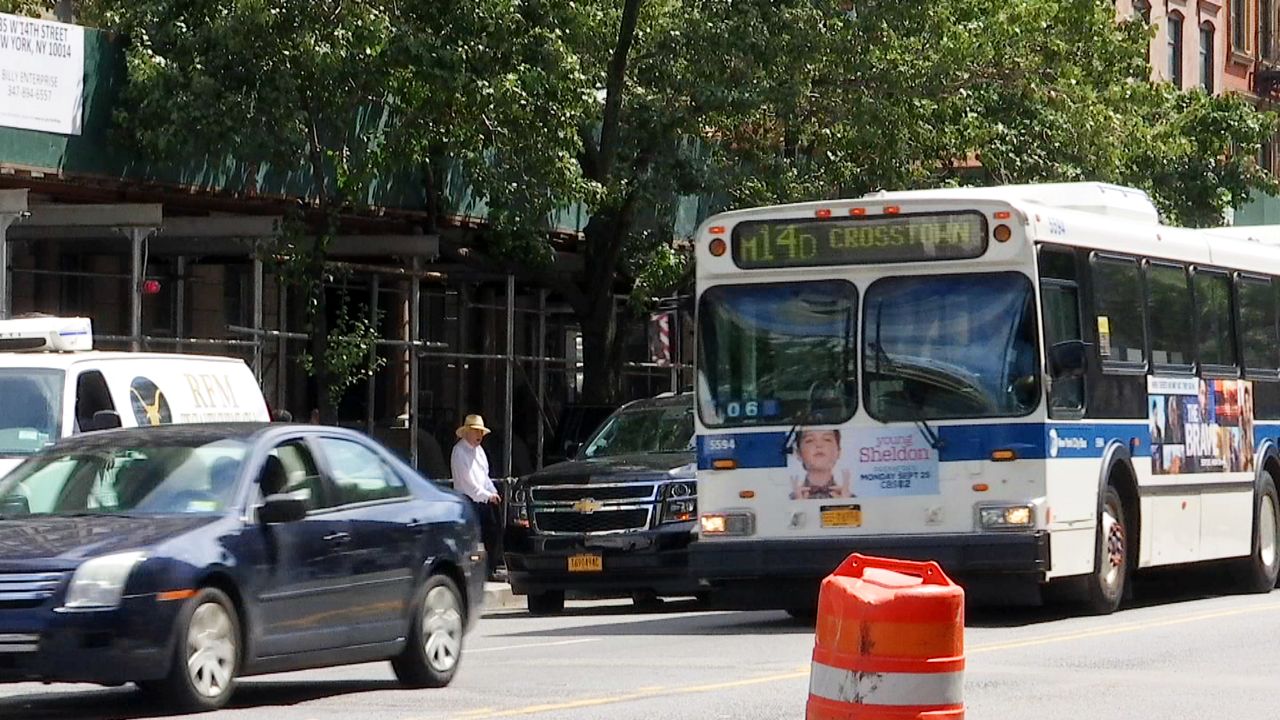 Cars will not be welcome on 14th Street starting this June.

The de Blasio administration is all but banning them from Third to Ninth Avenues, except for cars using a parking garage on the street, or making pickups or drop offs. But once on 14th Street, those cars will have to make the next available right turn to leave it, and left turns will be prohibited.

It's an effort to get buses moving faster at a time fewer L trains will run beneath it on nights and weekends during the line's tunnel repair project. That work begins late Friday and is supposed to last at least 15 months.

"We will clearly be making adjustments and troubleshooting as we go along," said Transportation Commissioner Polly Trottenberg. "Again, we've seen in Canada and other places that have done versons of this, in the long run it’s proved very popular the traffic has been managable the street has become more livable the bus or transit service has improved.”

Many riders of the M14 bus are on board.

"I think it would be helpful," said one rider. "It's going to be a hardship for folks who drive, but I guess you can't have one without the other. It'd be helpful for me.

"If they remove the cars and make the lanes strictly for buses, if it's faster, it's great, because I get to work faster and more convenient for the rider," said another.

But some are worried the changes will make traffic even more chaotic.

"They're seriously going to make everything around this area, which is already busy, so much worse," said one commuter.

The plan includes creating two center lanes, one in each direction, for buses and trucks.

The lane closest to each sidewalk will remain reserved for vehicles loading and unloading.

"'Peopleways' are streets dedicated to most effiicent forms of transportation, buses, bikes and pedestrians, and this proposal is pretty darn close," said Thomas DeVito, director of advocacy for Transportation Alternatives.

The changes will launch when the MTA converts the M14 into its faster, Select Bus Service in June.

The city plans to enforce the new rules with automated cameras.

The city transportation commissioner said that cars will be restricted only for a set amount of time, which they have yet to determine.

The city says it also will make protected bike lanes on 12th and 13th streets, and along Grand Street in Brooklyn, permanent.

The de Blasio administration is calling this a pilot program that will last 18 months. But if the results are positive, the changes might become permanent.

These changes will coincide with the June launch of the M14 SBS service.