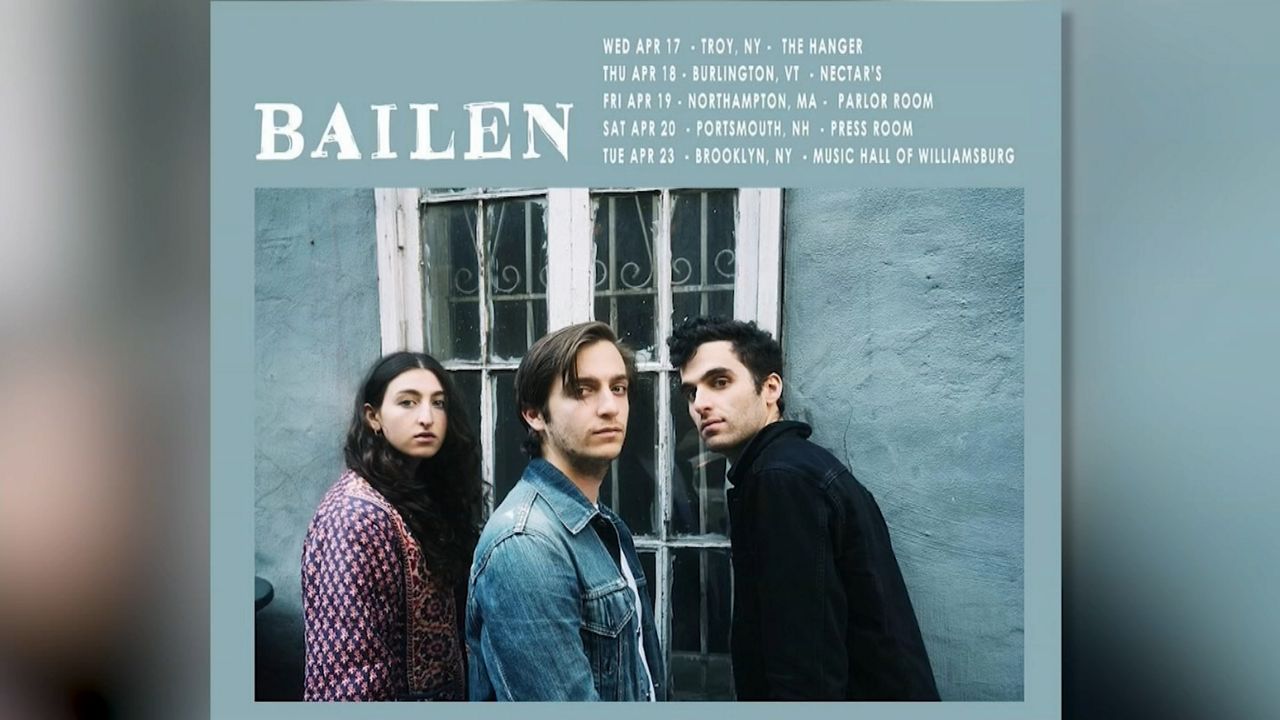 As they belt out lush harmonies, the family music group Bailen shows just how far these musicians have come since their early days growing up in Manhattan's Morningside Heights.

"The history of the band started with Daniel and me on pots and pans," David Bailen says. Younger sister Julia adds, "Dan and David have wanted a record deal since they were like two years old!"

She's not totally wrong. With professional musician parents, fraternal twins Daniel and David Bailen started playing violin at age four, later moving on to drums and bass guitar. The two brothers and longtime friend Pierre Piscitelli - who often plays with them - had an early band called, 'The Bailen Brothers."

"When we finished college we started writing songs a little bit more towards three-part harmony and we were like, 'Where can we find third vocal that can get right above ours and have these soaring harmonies?'" Daniel Bailen says.

The brothers tried out countless singers and musicians before finding their answer at home, their 16-year-old sister, Julia, who had been playing the guitar since she was seven.

The band Bailen was born.

"I kind of was way more passive about it until maybe high school, (when) I started playing a little bit more seriously," Julia recalled.

David says the family's home is always humming. "They'll be a chamber group in this room. We'll be rehearsing in our room. Dad will be teaching in the back room and in the bathrooms - yes it happens!"

Bailen is releasing its first album, "Thrilled to Be Here," and getting radio play.

For a neighborhood feel the trio chose The Hungarian Pastry Shop, a Morningside Heights favorite on Amsterdam Avenue and 111th St., for their album shoot. It's where they went to write the lyrics for the album.

"It has a taste of nostalgia to it," David says.

While thrilled to hit the charts, Bailen's focus is performing. "Our band definitely puts in emphasis on live performance," said Julia.

"When we play a show, and I see people singing a song, the words that even I even forgot that's unbelievable and it's bringing them joy," Pierre says.

Bailen is touring and working on its second album.