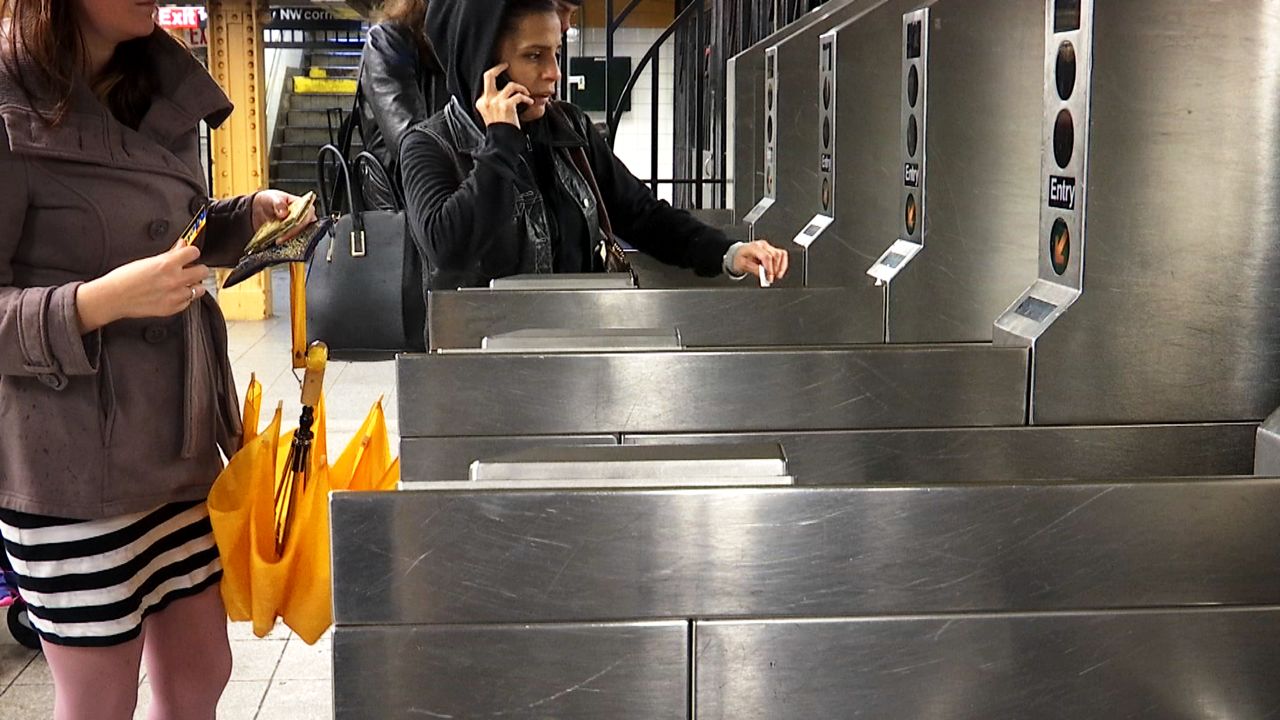 NEW YORK - Subway and bus fares are going up on Sunday and when they do, riders will lose their pay-per-ride bonus.

The base fare will remain $2.75, but the five percent bonus you get for buying multiple trips is being dropped.

The MTA says it has no evidence of people loading up their MetroCards to take advantage of the bonus.

But NY1 found some riders on Thursday who did put some extra cash on their cards.

"After Sunday you ain't going to get no bonus no more, might as well take advantage while we can, right?" said another rider.

On Sunday the price of a monthly MetroCard will have doubled since it was introduced in 1998.

On a percentage basis the base fare hasn’t risen quite as fast.

Starting Sunday you will have to ride 47 times a month to come out ahead by buying the monthly pass.