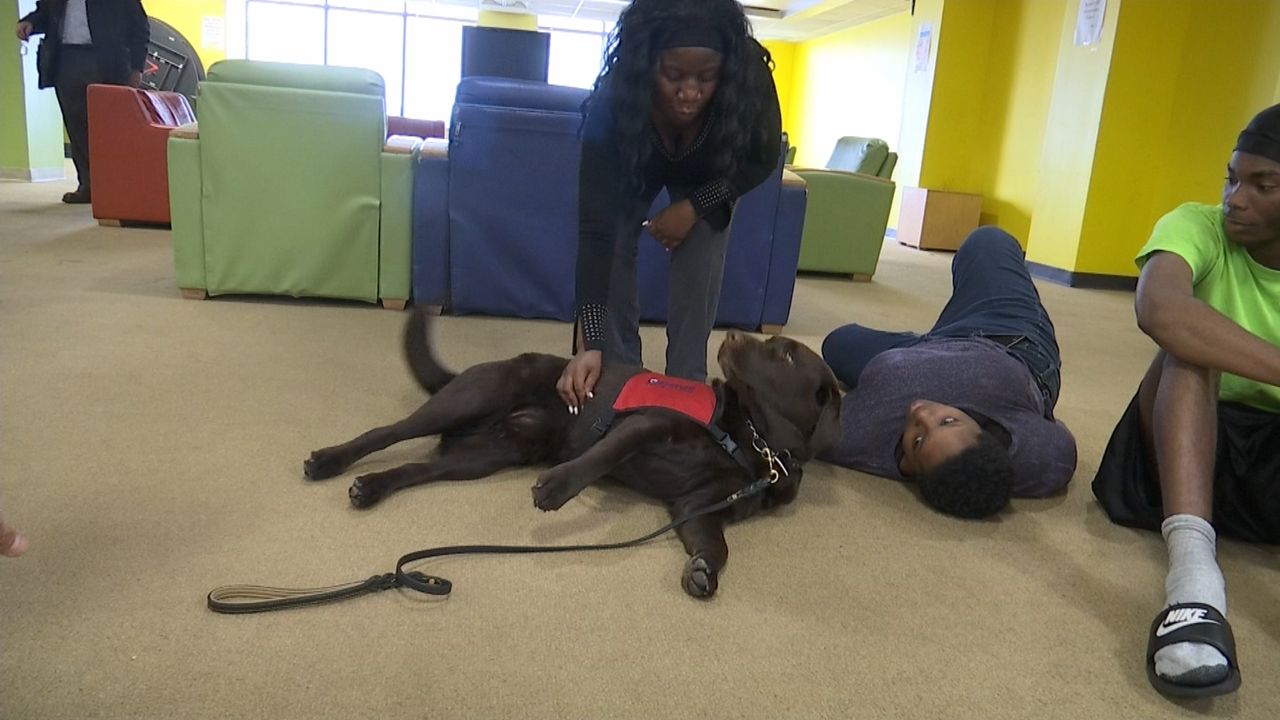 "When approached by people that speak both languages, the people know the dog understands Spanish too," said dog trainer Guillermo ‘Memo’ Roa.

It's all thanks to her trainer Guillermo Roa, known as Memo to just about everybody.

Molly's owner June Bleich hired him to provide obedience training when the dog was a puppy.

Bleich was stunned one day to realize Memo had taught Molly commands in two languages.

The discovery cemented her decision to have Molly be a therapy dog.

"Once I realized she was billingual we started investigating those non-for profits that would be the best match," said Molly’s owner, June Bleich.

We caught up with Molly and Memo during a visit to Covenant House in Manhattan.

The Chocolate lab appeared to delight the teenagers, young adults and new mothers at the shelter with her smarts and warmth.

Jefferson Navarro speaks Spanish and says he always looks forward to her visits.

"It's like having another friend she is supporting me," Navarro said.

Brenda Flemming has lived at the shelter for three months and says Molly is the best stress reliever.

"A dog can't necessarily talk back; it's more action more than anything and just being there.  I feel sometimes dogs give more affection than people," said Flemming.

Bleich and Molly travel twice a month from Long Island to Convenant House and she says even though the drive is tough, Molly's ability to make someone's day is worth it.

Molly, Memo and June visit around 6 locations between Long Island and the city and they look forward to adding more locations later in the year.