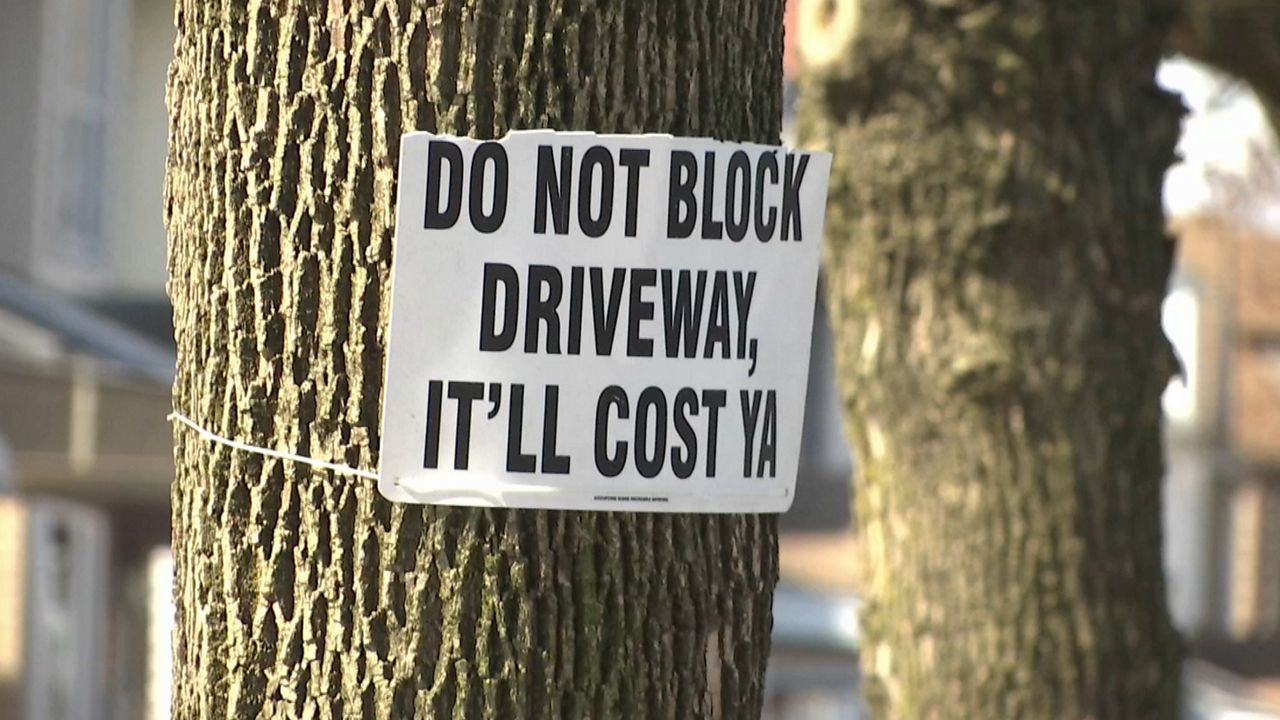 Even on quiet 80th Road in Glendale, Queens, parking can be just as competitive as it is in the bustling streets of Manhattan.

The frustration is evident. Some neighbors put out orange traffic cones, sometimes illegally, or signs reminding their neighbors of the rules: "Don't block the driveway, it'll cost ya!"

"There's not enough space to park a full sized vehicle in front of your house," said long-time resident, Walter Stark.

So it's a peculiar sight to see a private vehicle, displaying a placard on the dash that reads "NEW YORK CITY DOT Official business."

Neighbors have their strong doubts. Dhanraj Singh said the last time he saw the black 2003 Dodge Conversion move was more than a year ago.

Singh said he's frustrated by his neighbor's van that sits by his driveway for many months, but admits he doesn't ever report it because he doesn't want trouble.

Other neighbors say the black van been a problem for years. Google Maps Street View shows the same van with the DOT placard in its window in the same spot blocking the driveway in June 2018 and in October 2011.

A neighbor, who wished to be anonymous, said he's seen several family members and friends use multiple placards to park illegally.

NY1 asked the family about it. Gary Giovanniello Sr. answered the door Wednesday afternoon, acknowledging the van across the street was his.

When asked about the van staying in one spot for months, Giovanniello denied his neighbor's accusations saying, "Is that true? I don't know about that. Can [the cameraman] stop taping me, please?"

NY1 later spoke to Giovanniello's son, Gary Giovanniello Jr., who claimed to know nothing about the placard or working with the DOT. He said his other brother, Nicholas works for the DOT and added his neighbor gave his family permission to park in front of her driveway.

Regardless, a spokesperson told NY1 the placard in the window of the van is not even legitimate.
Singh's son says something has to be done.

The Mayor's office has announced a plan to crackdown on drivers misusing or faking government-issued parking permits. Paper placards are to be phased out by 2021, and replaced with barcode stickers according to pending legislation.