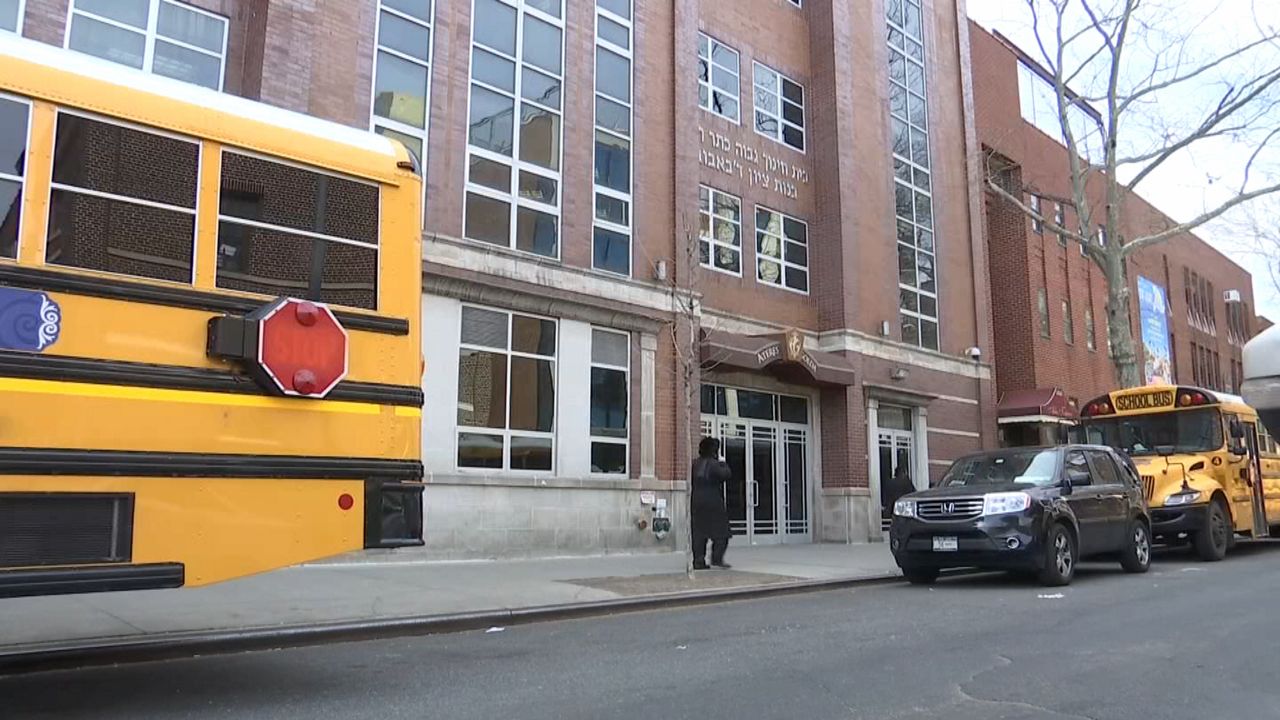 BROOKLYN, N.Y. - Amid an outbreak of measles, the New York City Department of Heath has issued a warning to some Brooklyn Yeshivas.

It comes after officials say Yeshiva Kehilath Yakov Pupa on Bedford Avenue in Williamsburg allowed unvaccinated students to attend school — even after a city mandate to keep them out. Officials say the school is now connected to more than 40 cases of the disease, playing a major role in continuing the outbreak they're working to contain.

Now, the health department is stepping up enforcement.

"The school will be held responsible if an unvaccinated child is there. In that case, there can be fines levied," said Mayor Bill de Blasio.

"If a school does not address this situation in short order, there's even the option for the Health Commissioner to have the school close down," De Blasio said.

Officials say there have been 285 cases of measles in the Orthodox Jewish community since the outbreak began last October.

"This outbreak has persisted and grown because schools have refused to follow those orders in the midst of an outbreak, that's unacceptable, it's dangerous," said City Councilman Mark Levine.

Councilmember Mark Levine is among those welcoming the enforcement.

"This is a highly, highly infectious disease, you dn't have to touch someone, in fact a person who's contaminated can already left the room and for up to two hours someone who's in the room can catch measles," he added.

With more than 240 of the reported cases children 18 and under, some concerned parents hope everyone is doing their part to protect the community.

"There's a lot of germs going around so anything that can protect the kids. The parents should stay on top of it in terms of vaccinations," said one parent.

So far, 21 people have been hospitalized including five patients that had to be admitted to the intensive care unit.