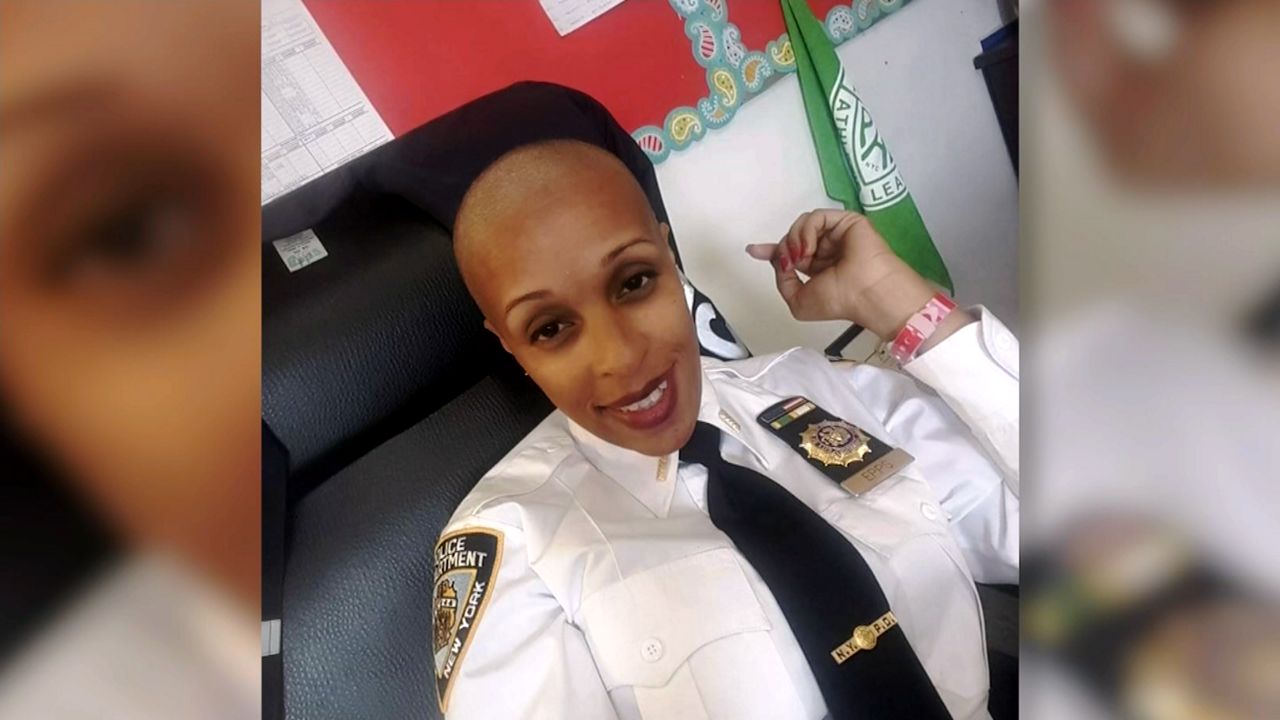 BRONX, N.Y. - Lieutenant Quathisha Epps offers hugs and words of encouragament as she makes her rounds inside NYPD headquarters. She says her smile and upbeat spirit are how she shows cancer it's not going to win.

"And that is actually what has helped me get through this entire time, supporting others," Epps says.

Epps is in charge of the NYPD's Neighborhood Policing Unit, assisting all 77 precincts with community outreach. After she twice beat cervical cancer, last year doctors discovered she had a brain tumor.

She says she has too much to live for to give in: "I haven't had a chance to watch my daughter get married, (see) my children have kids. There are things I have to do here," Epps says.

So once again it was time to fight.

The wife and mother-of-three grew up in the Throggs Neck Houses in the Bronx. She says seeing the police officers there interact with children in the neighborhood inspired her life of service, which includes running the NYPD's Finest Basket Team, which mentors teenagers, and visiting domestic violence shelters to shares her story of surviving an abusive relationship with her first husband.

"She never thinks of herself. She always thinks of everybody else around her," said NYPD Chief Kathleen White, commanding Officer of the Domestic Violence Unit.

Epps says she doens't want this to be a sad story about cancer. Instead, she wants to focus on what matters to her, improving the relationship between the police and the communities they serve. Epps cries while watching her husband tell the story of how some of her family members suprised her when she was in chemotherapy, by cutting off all their hair so she wouldn't experience hair loss by herself.

She says women in the department have also been very supportive. Now that she's in remission, she says she feels more inspired than ever.

"If you have five days, five months or five years, or 55 years. How do you choose to spend it?" Epps asked.

Epps tells NY1 she’s not worried about being diagnosed with cancer again in the future. Instead, she says she’s focusing on the three things that helped her get through her previous health scares: her faith, her family and her career with the NYPD.