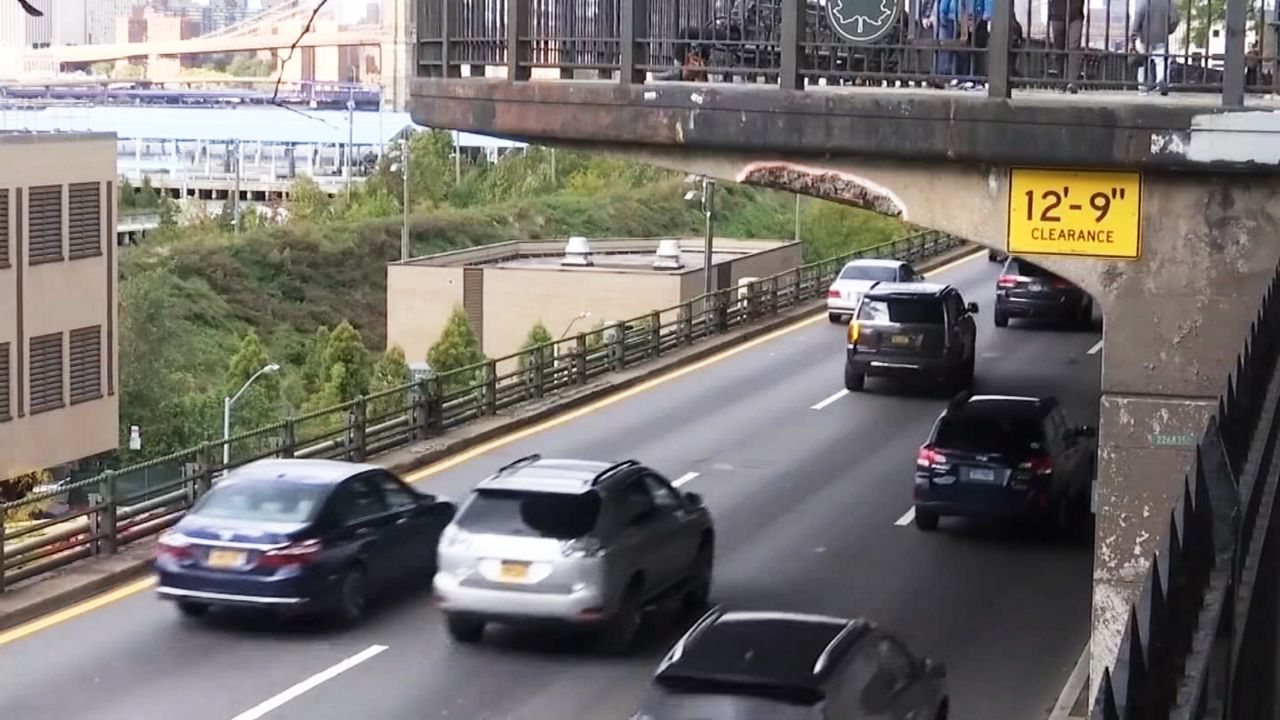 BROOKLYN, N.Y. - The Brooklyn Heights community packed the pews Wednesday night at Plymouth Church to hear ideas about how to transform a section of the crumbling BQE and save their beloved Promenade at the same time.

"We need to de-prioritize private cars and trucks and re-prioritize people public transit and open space. We need to break the car and truck culture in our city," said City Council SPeaker Corey Johnson.

Residents said they welcomed the chance to develop a new plan for the expressway. They heard from firms that presented new visions, like building a park on top of it. "I think there was over a thousand people here today so that's a voice and that's what we need," said one meeting attendee.

The city's idea for a quick fix: build a six-line highway on top of the Brooklyn Heights Promenade, in order to divert traffic while crews repaired the BQE’s Triple Cantilever. That project is expected to take six years.

The work covers a section of the highway from Atlantic Avenue to Sands Street. The BQE carries 150,000 vehicles daily, including more than 15,000 trucks. That's three times as much traffic as it carried when it opened in 1954.

"If you're going to have a $4 billion project which is an enormous project why not use it as an opportunity to transform aging urban infrastructure into something positive," Hilary Jager, co-founder of A Better Way.

The Department of Transportation first announced that plan in September to great uproar in the community. Since then, several other groups put forth their own ideas on how to fix the situation.

But on Wednesday, Mayor Bill de Blasio stepped in and pulled a U-turn, announcing a 16-person panel, made up partly of engineering and design experts, that could come up with a whole new answer.

The panel will be led by Carlo Scissura, the head of the New York Building Congress. He said the panel shows that the mayor and DOT are open to new ideas and willing to listen to the community to come up with the best solution.

With the creation of this new panel, community organizers say the fight for the BQE has just begun.