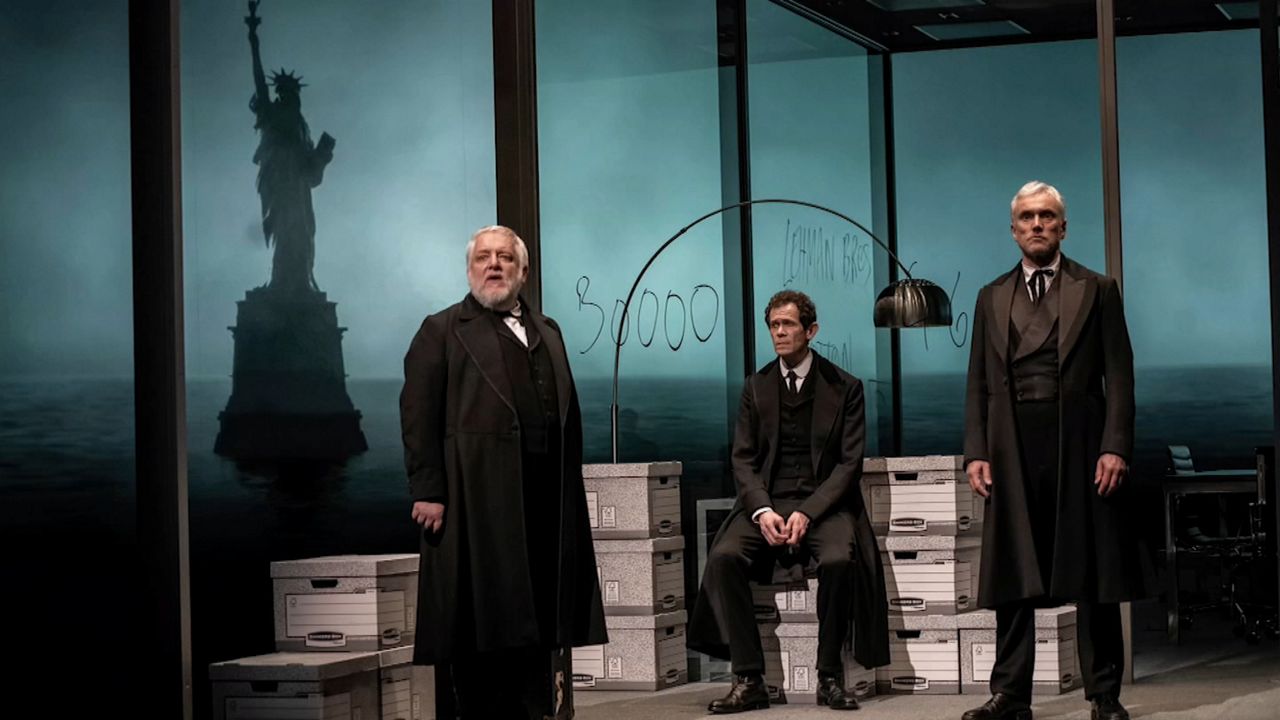 When Lehman Brothers collapsed 11 years ago, it nearly spelled the doom of our entire economy. But the death of the once great investment bank was more than a financial failure; it was the tragic end to an epic story about immigration to this country, the American dream, and capitalism run amok. Happily, it's all captured in a magnificent production that's as sweeping in scope as it is an intimate family drama.

Henry Lehman was a German Jew who arrived on American soil in 1844. Over the next six years, his two younger brothers Emanuel and Mayer joined him in Montgomery, Alabama, where they started a family empire literally out of whole cloth.

From dry goods to cotton trading to coffee to railroads, they seemed to have the Midas touch, constantly expanding and growing ever richer. And through the next century-and-a-half, the play follows the intrepid brothers and their sons and grandsons as Lehman Brothers of New York becomes the fourth-largest investment firm in the nation.

The saga of the Lehman Brothers is certainly nothing new; and in different hands, it could easily be a clichéd tale of rags to riches, innocence to greed. But as written by Stefano Massini, adapted by Ben Power, directed by Sam Mendes, and performed by three of the best actors in the world, it becomes an event not to miss!

Against the backdrop of a giant panoramic screen, the action is set inside a revolving cube atop a reflective stage on which projections appear as oceans, cotton fields, and whole cities, and it is breathtaking.

Through narration and dialogue, the story unfolds with tremendous eloquence, very much like a fugue, riffing off repeated themes.

Mendes's immaculate direction is like poetry in motion as he guides his actors through the decades brilliantly delineating dozens of roles with nothing more than a mere gesture or expression.

Simon Russell Beale, Ben Miles, and Adam Godley are master craftsmen. Watching them is not just a thrill; it's a privilege.

In the end, "The Lehman Trilogy" is about everything that's right and everything that's wrong with our great American capitalism. Oh, and did I mention it's three-and-a-half hours long? Sounds excessive, but when theatre's this exhilarating it's well worth the investment!