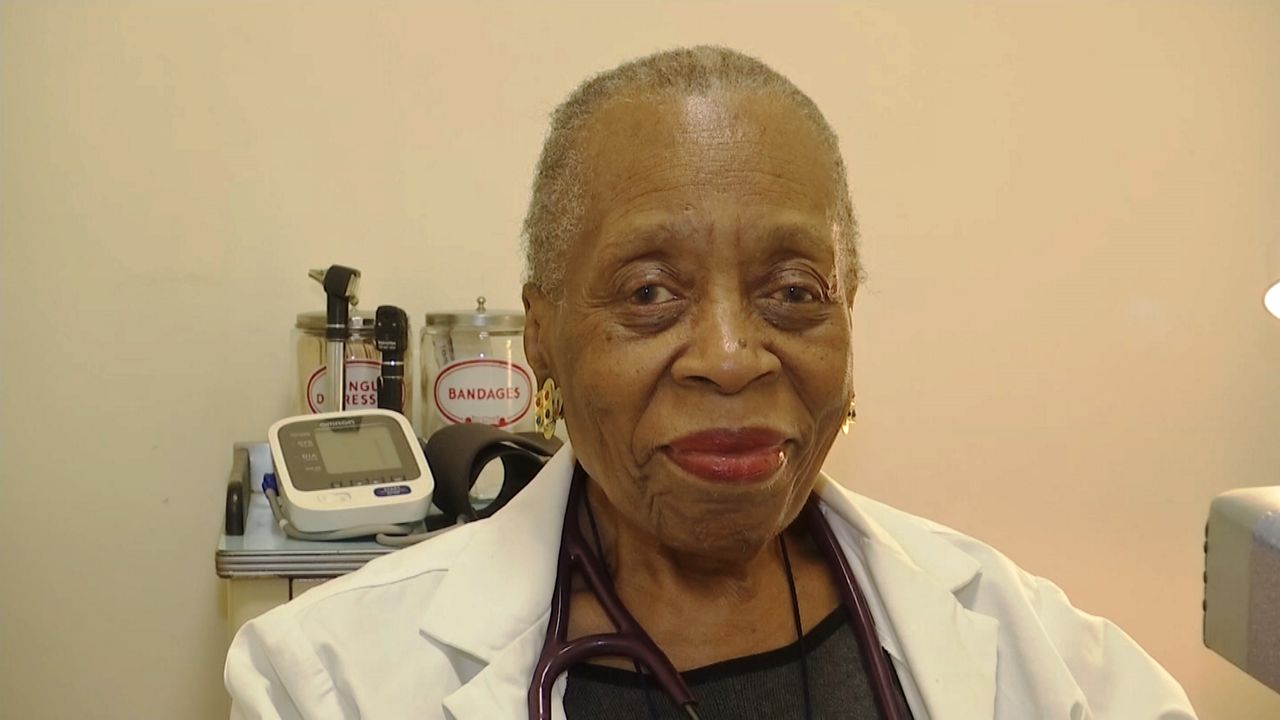 “I just work until I finish," she said.

The Harlem Doctor of Internal Medicine starts working in the morning and roughly 12 hours later, on this day, the 92-year-old still has patients to examine.

“Well, I just have the energy,” Dr. Freeman responded.

Freeman is a pioneer with a remarkable story. Her grandfather was born a slave in the south and after the Civil War moved to Williamsbridge in the Bronx.

He worked at the Bronx Zoo as a reptile keeper, and bought the house that Freeman was raised in.

"My grandfather lived until he was 90 years old. He went to the bank, did what he had to do and kept the house," she recalled.

Freeman says her family never did without even though she was born in 1926, living through the depression and the rationing of World War II.  Her family instilled in her the value of education and Freeman attended what became LaGuardia High School, Hunter College and Howard University College of Medicine. "I graduated medical school in 1955 and my class had eight women out of a class of about 73," she said.

Freeman became a doctor to help people. Her advice for African-American women who want to be doctors: Don't give up.

But as an African-American professional she encountered and experienced racism and says she still sees a disparity of care at times for black Americans.

"It’s really discouraging to know that it can happen," Freeman explained. "They just don’t have the respect in some instances for our people, for my people."

She says she intervenes and advocates for these patients when it happens and admittedly does have her hands full.

Four days a week Freeman spends four hours a day practicing medicine at a Methadone Clinic, the first in the country.  She was brought in 57 years ago to treat the first female heroin addicts in the program.

"When it does it work, it works well and I enjoy working with the patients," Freeman said.

Between the Methadone clinic and her private practice in Harlem Dr. Freeman says she recently reduced her office hours slightly, but has no plans to retire.

It's a dedication on which her patients are counting.