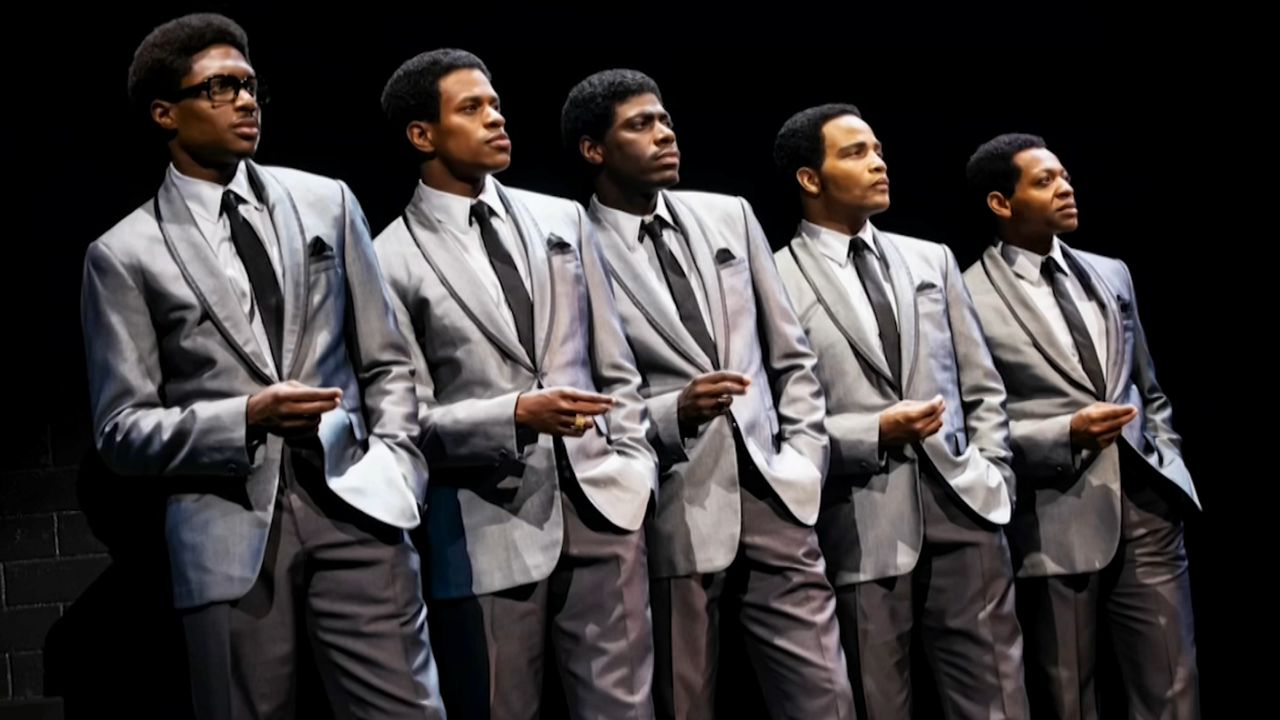 In so many ways, “Ain’t Too Proud,” the bio-musical about the great R&B singers The Temptations is a companion piece to “Jersey Boys.” The two shows boast the same director and choreographer and they follow in linear fashion the life and times of famed music groups. And if “Jersey Boys,” the story of the Four Seasons, remains the gold standard, “Ain’t Too Proud” carves out its own unique place in the genre, most especially when it’s up on its feet singing and dancing.

The big draw of course are those timeless Motown tunes—most of them written by Smokey Robinson and Norman Whitfield: “My Girl,” “Ain’t Too Proud To Beg,” “Papa Was A Rolling Stone.” And thankfully, Director Des McAnuff put the songs front and center, bringing out the best in his outrageously talented company.

But when it comes to biographical shows, it’s nearly impossible to break from the clichéd formulas—the rise from rags to riches, the ravages of fame, the usual demons: drugs, booze, family sacrifice; and all of it magnified by the ever-present specter of racism.

It helps that Derrick Baskin, as Otis Williams, the last surviving original member of the group, under-plays the narration with a warm authenticity.

The five singers from Detroit each have compelling stories; and book writer Dominique Morriseau injects enough personal detail and humor to draw us in emotionally. But there’s a lot of ground to cover; and multiplying that by five forces the narrative to feel glossed over.

If the performers seem to be in constant motion, credit Choreographer Sergio Trujillo who’s as much a star of this production as any of the actors. Instead of recreating the Temptations’ signature moves, he amplifies them with his own inspired touches.

And given this dream cast of triple threats, every musical number is a winner.

“Ain’t Too Proud” ranks pretty high as jukebox musicals go. Not only is it vastly entertaining, it reminds us how the best of Motown was able to prove that music could be colorblind even if the rest of the world wasn’t.