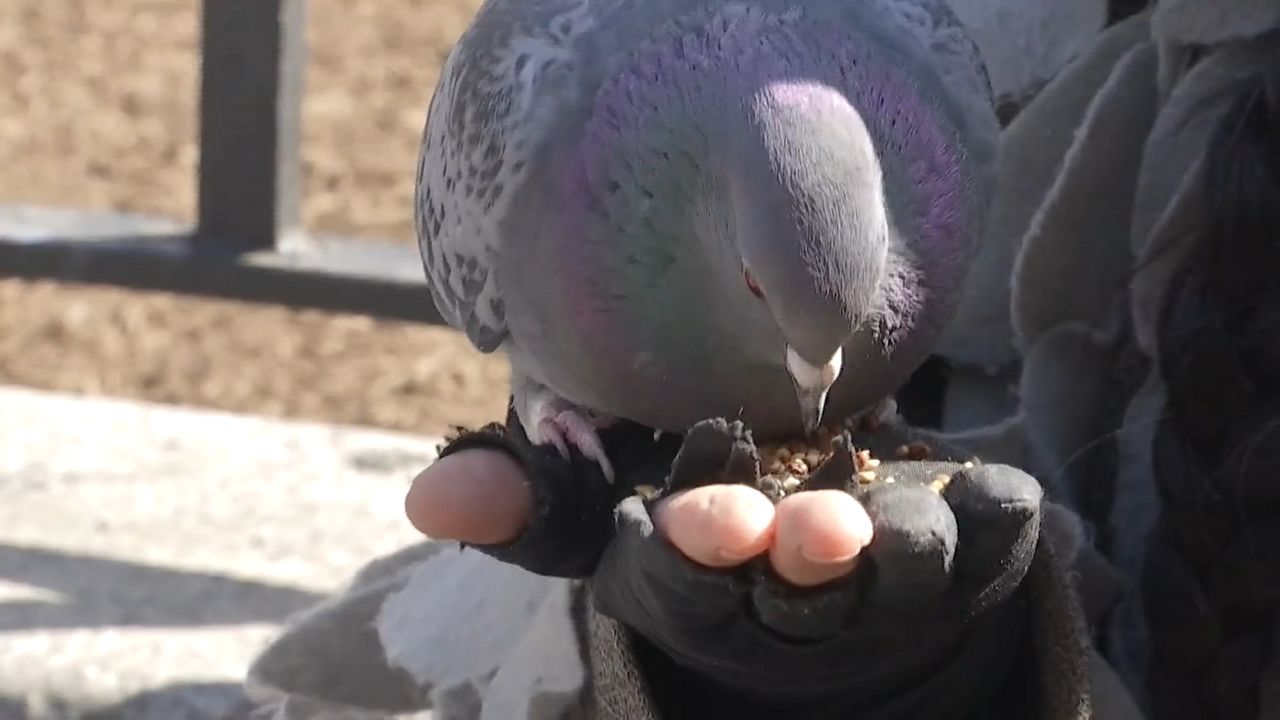 Mother Pigeon, as she's known, often feeds New York City's pigeons. So she isn't happy with a proposed rule to fine her for doing that.

Demonstrators to NYC Parks Department: Don't Stop Us from Feeding Birds and Squirrels

From Mary Poppins to Home Alone 2, feeding pigeons in parks is an iconic activity.

It's one that Mother Pigeon, as she's known, says is a big part of her life. She says she buys 100 pounds of organic bird feed a week.

"I adore and love pigeons, respect them so much," said Tina Pina Trachtenberg.

Mother Pigeon joined about two dozen people protesting outside the parks department's headquarters in Central Park on Tuesday. They said a proposed rule banning the feeding of birds and squirrels just won't fly for them.

"It breaks my heart," Mother Pigeon said. "These are man-made parks that do not have fruit-bearing trees and there's nothing for them to eat and we are here to feed them."

The city says birds and other local wildlife can fend for themselves and it's healthier if they do.

There's already a $50 for feeding wild animals in city parks. The new rule would amend that to explicitly add birds and squirrels to the ban.

The parks department says it's a way to humanely reduce the rat population, explaining, "Food left on the ground is an open invitation for rodents to congregate for a free meal. This amendment will help to clarify the rules, and keep our parks safe and clean."

"It's ridiculous that this law is bring proposed. It sounds like a joke to me, it being illegal to feed birds and squirrels," another demonstrator said.

They say they don't believe the feeding ban will reduce the rats, saying the real problem is the trash from parks concessionaires.

"You live in New York City. What do you expect?  We live in a trash can, basically, so there's going to be rats," said the same woman.

For Mother Pigeon, the ban would impact her life significantly, but she says that's not her main concern.

"I worry about the elderly," she said. "The downtrodden person who is out there feeding the pigeons and the squirrels; people who won't be able to speak up for themselves."

A public hearing on the rule change was held March 1. The public comment period is closed.

The city law department is reviewing the change and despite the protest it is expected to go into effect this summer.