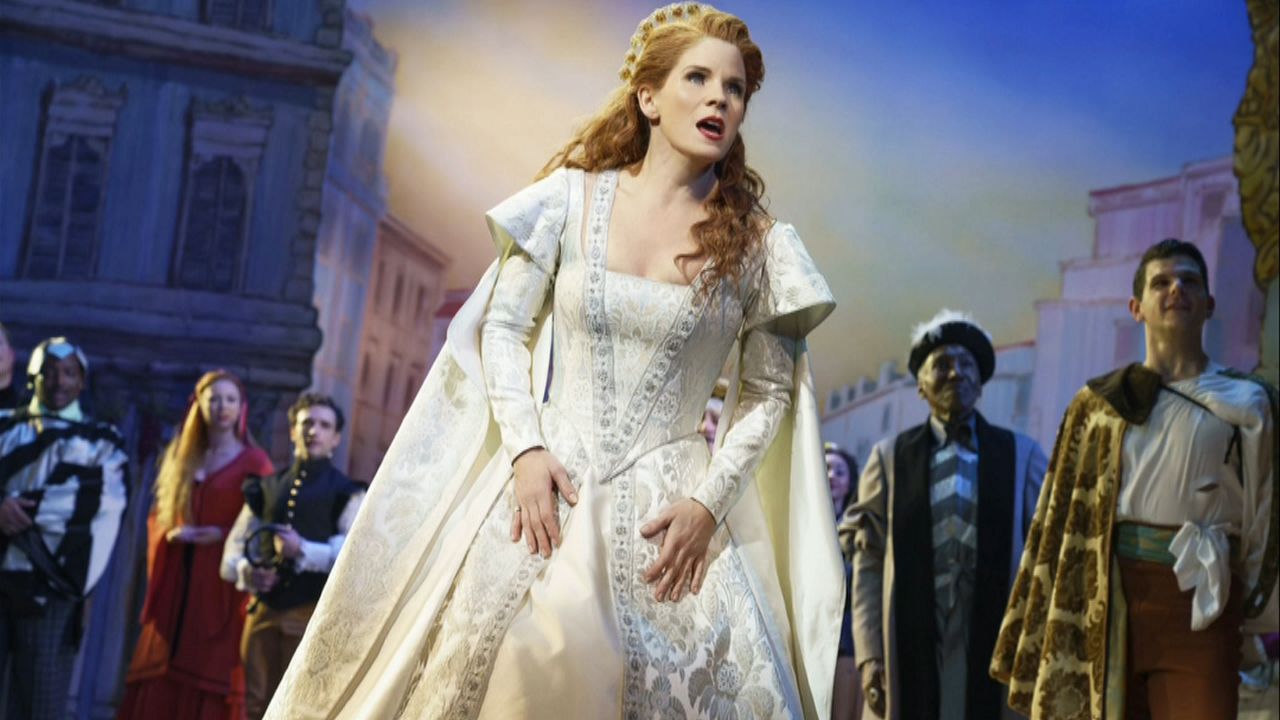 The Roundabout Theatre’s big, boisterous, brawling “Kiss Me, Kate” is a revival to fall for. It stars Kelli O’Hara who lights up the stage with her incomparable talents. No surprise there, but the big revelation in this production is the way the creative team managed to solve the show's inherent sexism. Based on Shakespeare's "Taming Of the Shrew," the idea that any woman needs taming is problematic. But here thanks to some subtle tweaks and re-staging, it's the story that's getting tamed without losing any of its ferocious bite!

Despite its chauvinistic leanings, the 1949 Tony winning musical has always enjoyed great success, owing in large part to Cole Porter's knockout score with such gems as "Another Op'nin,' Another Show," "So In Love," and that great 2nd act opener "Too Darn Hot" which sets the place on fire! And thanks to Paul Gemignani's consummate music direction and Warren Carlyle's deliciously witty choreography it's one goose-bump inducing treat after another.

Director Scott Ellis staged the classic with great care, respecting its historical roots while shifting the gender dynamic just enough to put the two leads on equal footing. Amanda Green, credited with providing "Additional Material" deserves a tip of the hat for her ‘delicate surgery’ on Porter's lyrics and that rollicking book by Sam and Bella Spewack.

Kate’s clever tune "I Hate Men" now feels less like the rantings of a shrew and more like the anthem of an empowered feminist.

Bravo to the entire company performing multiple roles in this show within a show, Corbin Bleu as the gambling Bill Calhoun, can hoof and croon with the best of them. Stephanie Styles, making an impressive Broadway debut as the randy ingénue Lois Lane, is a charmer. Will Chase aces the dual roles of the egotistical Fred Graham and lady tamer Petruchio with a powerful voice and acting chops to match.

Together with O’Hara, they are a dream stage couple that is, when they’re not going at it like a pair of MMA fighters. Yet another talent she’s mastered. As the title character and the diva Lilli Vanessi, O’Hara’s the total package, funny, commanding and her golden cords have never sounded so sweet.

O’Hara deserves a thousand kisses along with our eternal worship for gracing us with two and a half glorious hours in this altogether wunderbar production.