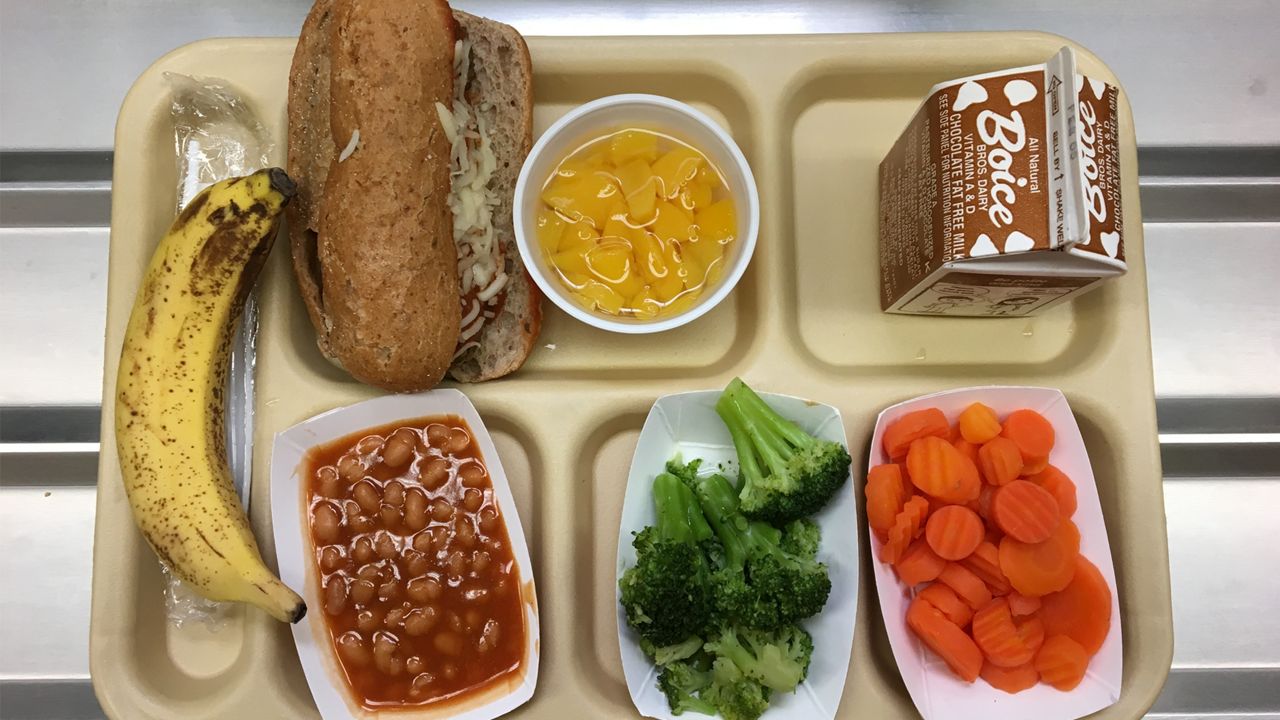 Make sure to eat all your vegetables (and sandwiches). The city has announced that no public school will serve meat on Mondays starting in the fall. Mary Esch/AP.

All NYC Public Schools to Have 'Meatless Mondays'

NEW YORK - There will be no mystery meat (or any other meat) on Mondays at New York City public schools.

That's because the city is expanding its "Meatless Mondays" program starting in the 2019-20 school year.

"Cutting back on meat a little will improve New Yorkers' health and reduce greenhouse gas emissions,” said Mayor Bill de Blasio in a press release. "We're expanding Meatless Mondays to all public schools to keep our lunch and planet green for generations to come."

"Meatless Mondays are good for our students, communities, and the environment,” added Schools Chancellor Richard A. Carranza. “Our 1.1 million students are taking the next step towards healthier, more sustainable lives. Our students and educators are truly leaders in this movement, and I salute them."

The initiative will provide the system's students with all-vegetarian breakfast and lunch menus every Monday.

A pilot program started in 15 Brooklyn schools in the spring of 2018.

The city said the expansion will be cost-neutral but had not provided further details as of this writing.

School nutrition experts will get students' feedback before the menus are finalized.

Even as he tackles school lunches, the mayor continued to be pressed about the possibility of running for president.

Despite showing up at the bottom of most early polls, de Blasio says he's undeterred.

"You'd be amazed how many people came up to me in Iowa, how many people can up to me in South Carolina and said they were really impressed by the things happening in New York City. We talked about Pre-K, we talked about Thrive and addressing mental health concerns, paid sick leave, all these things that people are really excited about. That's what they want to talk about, and they want to hear every candidate, every leader's ideas and solutions," De Blasio said.

If he chooses to run, de Blasio will face a crowded field that includes another New York Democrat, Senator Kirsten Gillibrand.