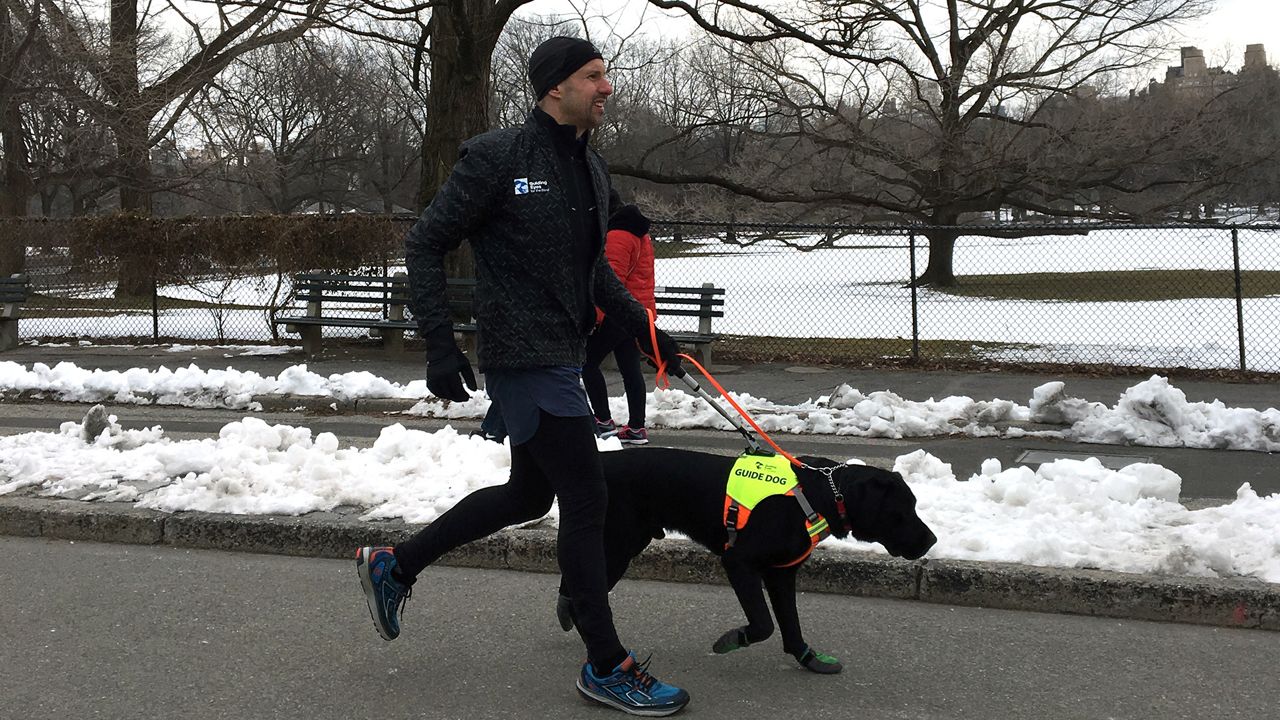 Thomas Panek is 48-years-old and an avid runner. He says he’s run 20 marathons, including the past five Boston Marathons, as well as the past three New York City Marathons. Here’s the thing, though: Thomas Panek is blind.

He suffers from Retiniti Pigmentosa, a genetic condition. He can see shapes in good light and shadows when the lighting isn’t good. He cannot see at all at night.

"I stopped running for many years when I lost my vision, but human guides were able to help me get back out there again," said Panek.

He's planning on getting some new running partners for the New York City Half Marathon in Central Park on March 17th. Instead of having a human guide, he'll run with three Labrador Retrievers.

Panek is the President and CEO of the New York-based non-profit that’s behind it. The company is called Guiding Eyes for the Blind.

The organization was already training guide dogs, but Panek wanted to see if the four-legged guides could also learn to be running companions. The training program took about three-and-a-half years to put together. Now, about 50 blind athletes are on the waiting list for a running guide dog.

"Running, period, with your dog was taboo. It was deemed the dogs could not work that fast and be safe," said Jolene Hollister, the supervisor for the Running Dogs Training Program.

Panek hopes his participation in the race will help to change that thinking and raise awareness for his organization.

"It's been an incredible journey to be able to not only demonstrate that this can be done, but to show guide dog users, inspire guide dog users, that they can get out and be more active," said Ben Cawley, the Director of Admissions at the Guiding Eyes for the Blind.

Panek's running partners, Westley, Waffle and Gus will each take part in about a third of the race to protect the dogs from any possible fatigue or stress. The trio also will be monitored by a team of veterinarians and volunteers.

Rain or shine, Thomas and his dogs have trained for every weather condition.

Each of the dogs has been outfitted specifically for the race: four running shoes and a one-of-a-kind harness were designated for each dog.

The race is full of firsts for the organization and one last.

Panek's personal guide dog "Gus" will anchor the final leg of the canine relay and then officially retire at the finish line.