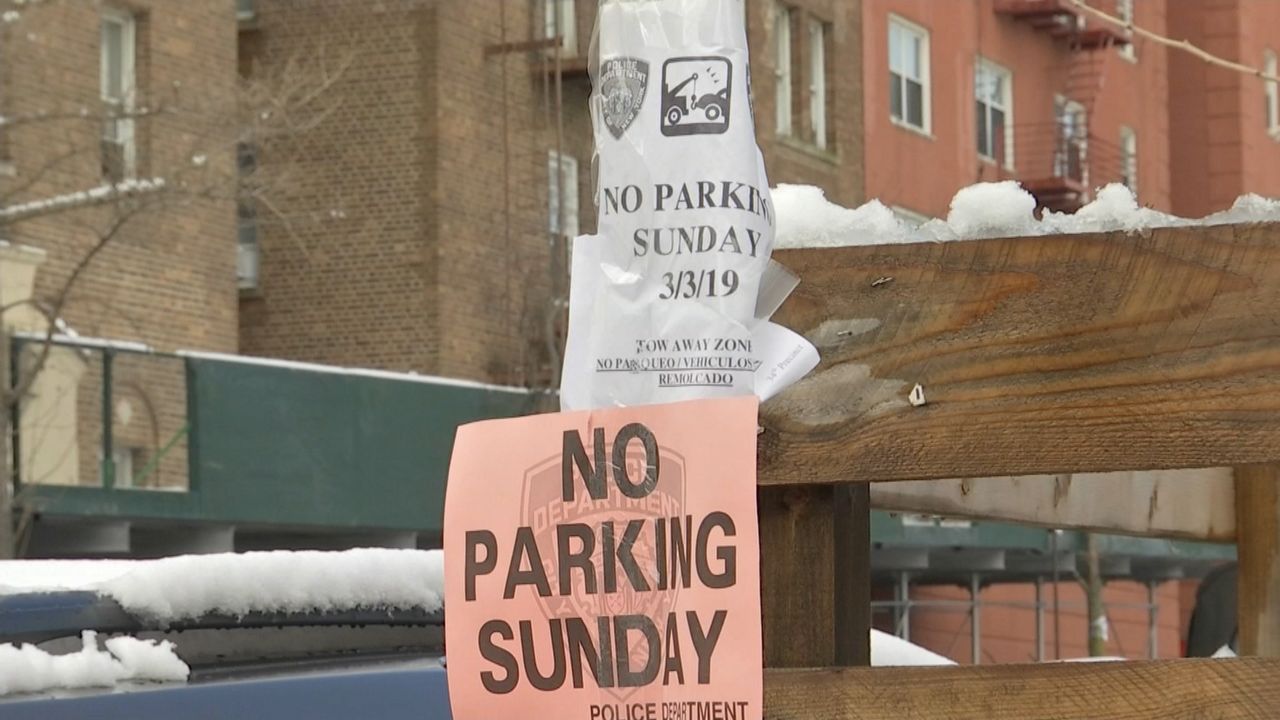 When Tasha Darbes tried to park her car on West 218th Street early Sunday, she noticed temporary “No Parking” signs were everywhere.

"I assumed it was for construction, and there was no time," said Darbes, an Inwood resident. "So, I didn't know what time I would need to move my car by, so I went and parked in the local garage."

Darbes soon learned the "No Parking" signs were not for construction, but for the NYPD.

The street is home to Columbia University's athletic fields, and the NYPD was hosting its flag football championship there Sunday.

Members of the department took the spaces so they could park there for the game.

"I was just flabbergasted," Darbes said. "A real abuse of power."

Inwood resident Dave Thom took several photos Sunday showing cars with NYPD parking placards up and down the block. Some of the placards were expired. One car had a handwritten sheet in the window reading, "On Police Commissioner's Flag Football Team." (Pictured above: image of a handwritten note inside an NYPD car, with the text "On Poice Commissioner's Flag Football Team" written on it.)

Columbia told NY1 "no parking" signs are never put up on 218th Street when several thousand people attend the school's football games in the fall.

The NYPD said it relocated 30 cars by tow.

One area resident cleaning snow from her car Monday told us she ignored the signs and her vehicle was not moved.

"I just told myself that I didn't know why they put them up," said one area resident. "And I didn't know what Sunday it was, and I decided not to move it because there wasn't any place to put it anyway.

"Due to concerns of traffic congestion, pedestrian management, and access for disabled persons, parking was restricted along 218th Street," the NYPD told NY1 in a statement.

The department could not explain how that was accomplished by towing civilians' cars so the cars of NYPD members could park there instead.

As for Darbes, she said the "No Parking" zone forced her to pay $34 to garage her car.

"I was very angry because, in this neighborhood, it is very difficult to park," said Darbes. "The parking is really supposed to be for the residents. Residents. Why should I pay parking so police officers can have free parking on the street when they come to play a game at the stadium?"

On Monday, she left the lot, seeking a spot on the street, a spot she had to give up for the police and their football game.