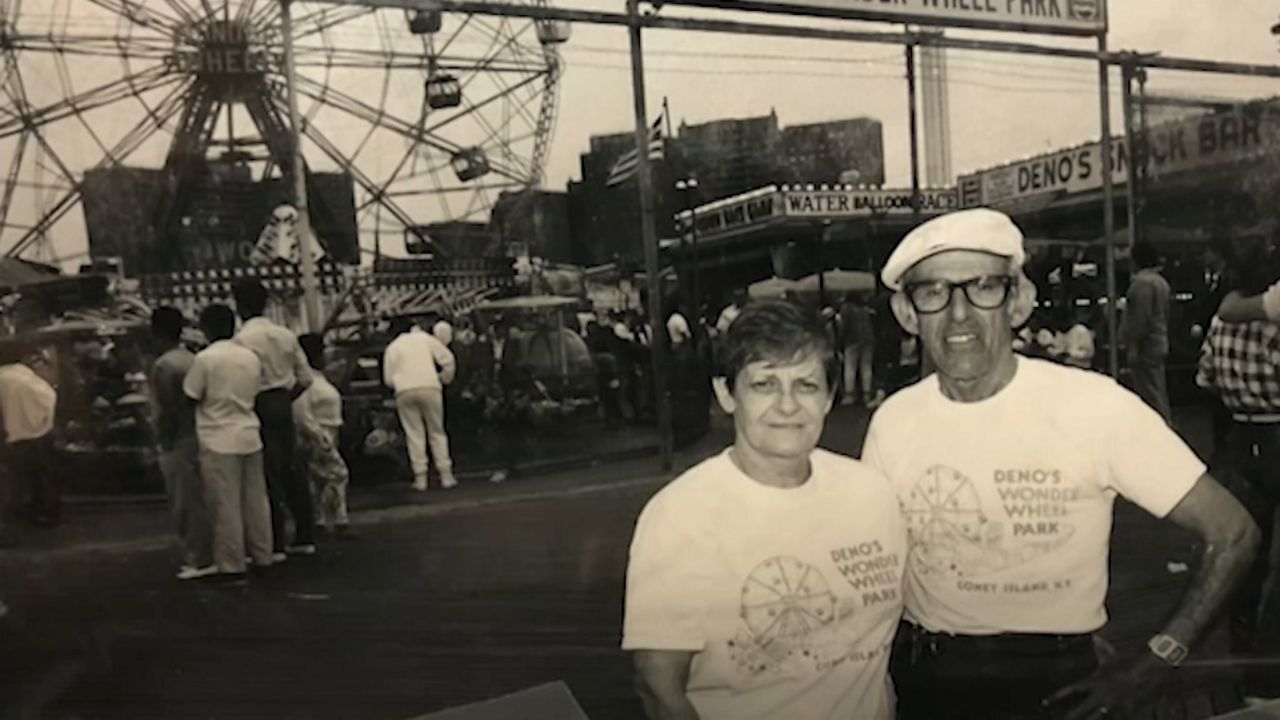 CONEY ISLAND, N.Y. - They are hard at work in the repair shop at Deno’s Wonder Wheel Park. Soon the cars will be hoisted on the landmark Wonder Wheel to spin for another season. But there’s a void this year for the Vourderis family, which owns and operates the amusements, now that its matriarch, 87-year-old Lula Vourderis, has died.

"It should be just as equally Lula’s Wonder Wheel Park. Everybody called her mom because she fed everybody," said grandson D.J. Vourderis.

"She made sure everything ran smooth, especially in the food. That was her passion food and made sure everyone was full," said grandson Deno Vourderis. Lula Lolas met Denos Vourderis in Manhattan in the 1940’s. Both were immigrants from Greece. Lula's father sold hot dogs from a push cart, as did Deno. They became a couple and hung out in Coney Island where Denos would promise to buy her the Wonder Wheel one day.

"He told her that if you do marry me that wheel will someday be a wedding gift from me to you. And she was just like, 'Yyeah okay,'" recalled son Dennis Vourderis.

"By today’s standards, a bargain. Today you can’t even buy a kiddie ride for $250,000 but it needed probably a half million dollars worth of restoration work, painting, repairs," said Dennis Vourderis.

After a major upgrade, the Wonder Wheel was declared a landmark on May 23, 1989 which is Lula’s birthday.

Deno died in 1994. The city co-named a section of West 12th Street in his honor. Now the Vourderis family is looking to get a street recognition for Lula as well.

"She will be greatly missed," said son Steve Vourderis.

It's a legacy the couple's children and grandchildren plan to keep alive. The family is planning a celebration of the Wonder Wheel’s 100th anniversary next year.