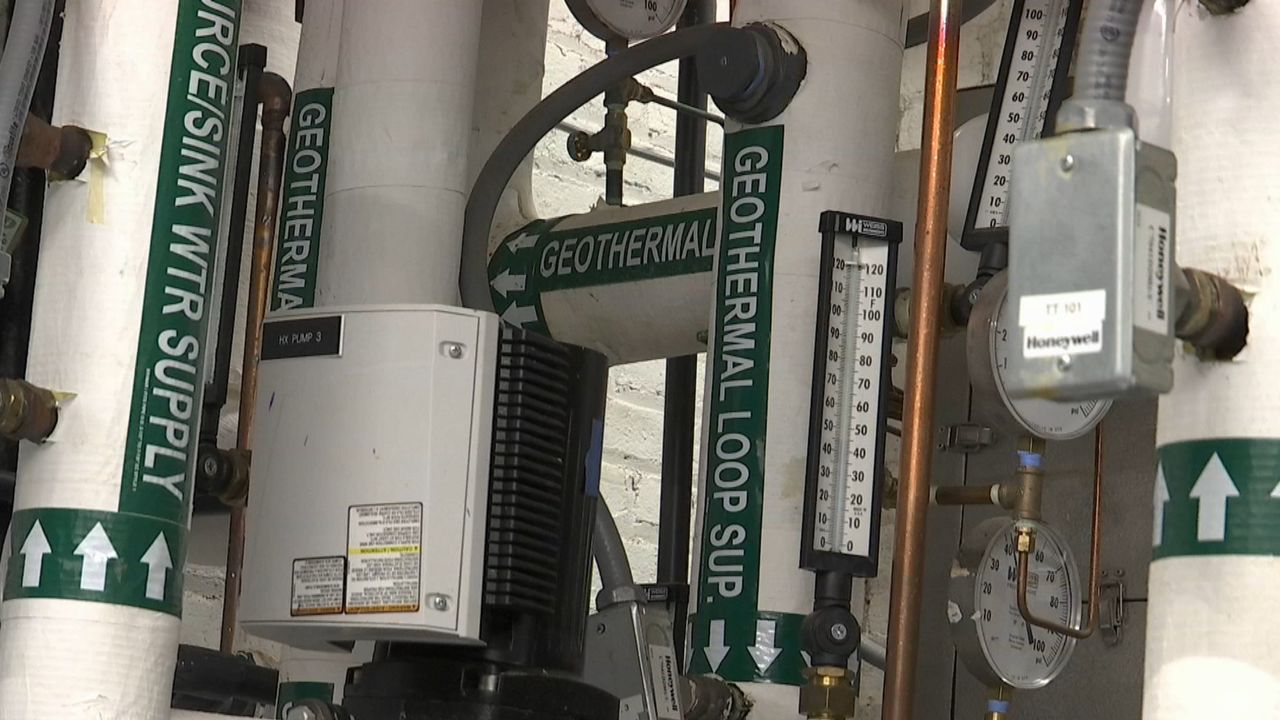 St. Patrick’s Cathedral is on the Cutting Edge of Going Green

St. Patrick’s Cathedral is known for many things.

Now, it also is becoming known for a new $35 million geothermal heating and cooling system.

The cathedral is the largest building in Manhattan to adopt the environmentally friendly system.

“Instead of using fossil fuels you’re really getting your heating and cooling from there ground and that's free energy,” said Jeffrey Murphy, the lead architect on the project.

The system was created by drilling as far down as 2,500 feet to tap into warm natural water deep beneath Manhattan.

In cold weather, the system uses the water’s heat to warm the cathedral.

In warm weather, the system does the opposite to cool the building.

“What was so great about the trustees of the cathedral to undertake this project is that it was audacious and forward thinking. This is not a technology that conservative institutions are embracing around the world,” said Murphy.

According to the Mayor’s office, around 20 geothermal systems have been installed in buildings citywide in the last five years.

However such systems are not an option in all parts of the city particularly those with extensive infrastructure below street level.

"This system isn’t ideal for every institution,” said Murphy.

Part of making the system work in St. Patrick's was customizing it to avoid changing the cathedral's appearance.

Inside, workers were able to use the cathedral's existing structures to hide elements of the geothermal system.

“What we were able to do here is to integrate the geothermal fan coil units into this enclosure,” said Murphy.

Outside the Cathedral even the system's well caps are barely noticeable.

A new heating and cooling system for one of the nation's most storied houses of worship and a blessing for the environment.