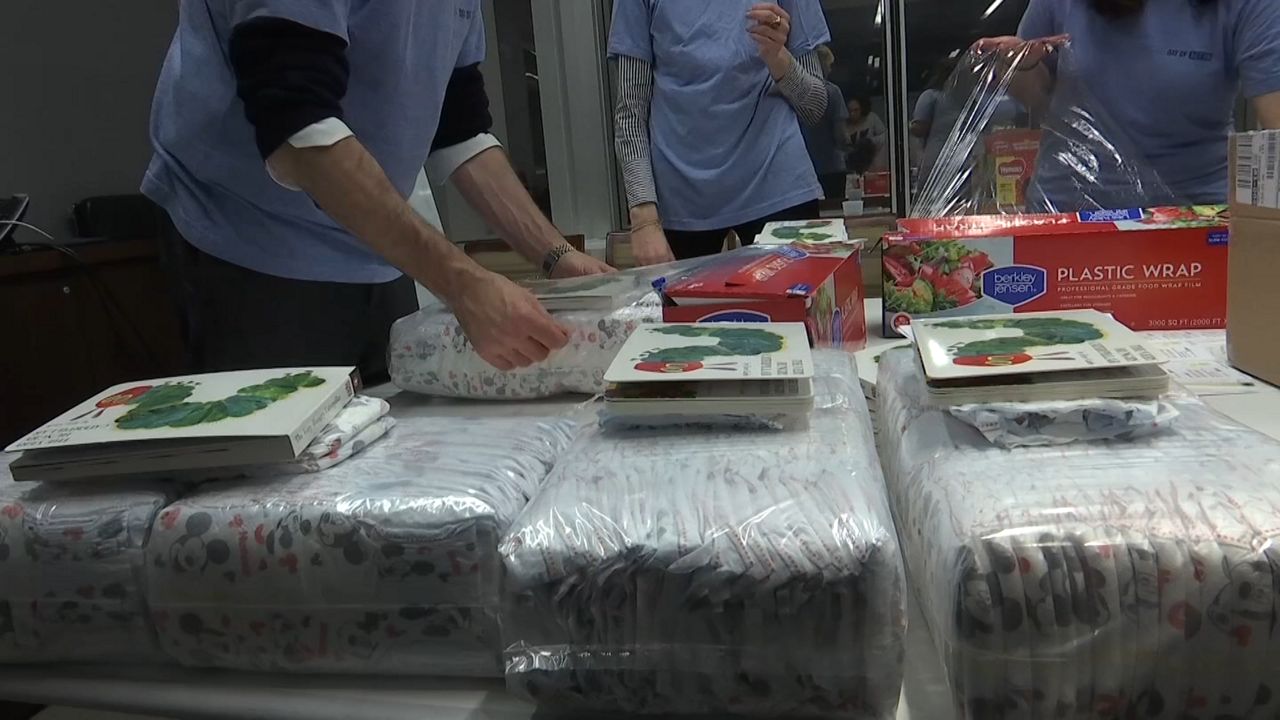 An assembly line of volunteers convened Wednesday evening in Midtown with one goal in mind: arranging 20,000 packs of diapers and sorting thousands of copies of a classic children's book, A Very Hungry Caterpillar. The care packages to be delivered to Bronx families in need.

"We add two diapers to make 50," volunteer Calondra McArthur said as she prepared a care package. "We get a book that includes a tip sheet and then we wrap it up tight."

Among the volunteers was Chelsea Clinton. The Clinton Foundation was behind the day of action, part of an effort to mobilize people to give back to their communities. The former first daughter, now a mother of two, said diaper insecurity is an issue that spoke to her heart.

"No mother, no father, no caregiver should ever have to worry about having a clean diaper. It is a fundamental, basic need," Clinton said. "So it is particularly important to me as a mom that we engage in this work and that we will stay engaged to this work, because every child deserves to have a clean diaper."

The National Diaper Bank Network says 1 in 3 families cannot afford enough diapers to keep a baby clean, dry, and healthy — but the issue often flies under the radar. Such families usually don't have access to children's books, either.

"Many people don't realize just what it means to be poor in America and sort of what concrete poverty it is," said Joanne Goldblum, the CEO of the National Diaper Bank Network. "I think that thinking about a diaper and a baby, you think we should be able to take care of that."

There are about 200 diaper banks in the network across the country providing Huggies-donated diapers to low-income families. One of those diaper banks is the HopeLine, which operates a food pantry and provides financial counseling in Hunts Point. Maria Cintron, the executive director of the HopeLine, said the diaper bank struggles to keep up with demand.

The HopeLine has a goal of collecting 180,000 diapers this year alone. Organizers said the event's donations will go a long way and they hope it will raise awareness about the many families in need.