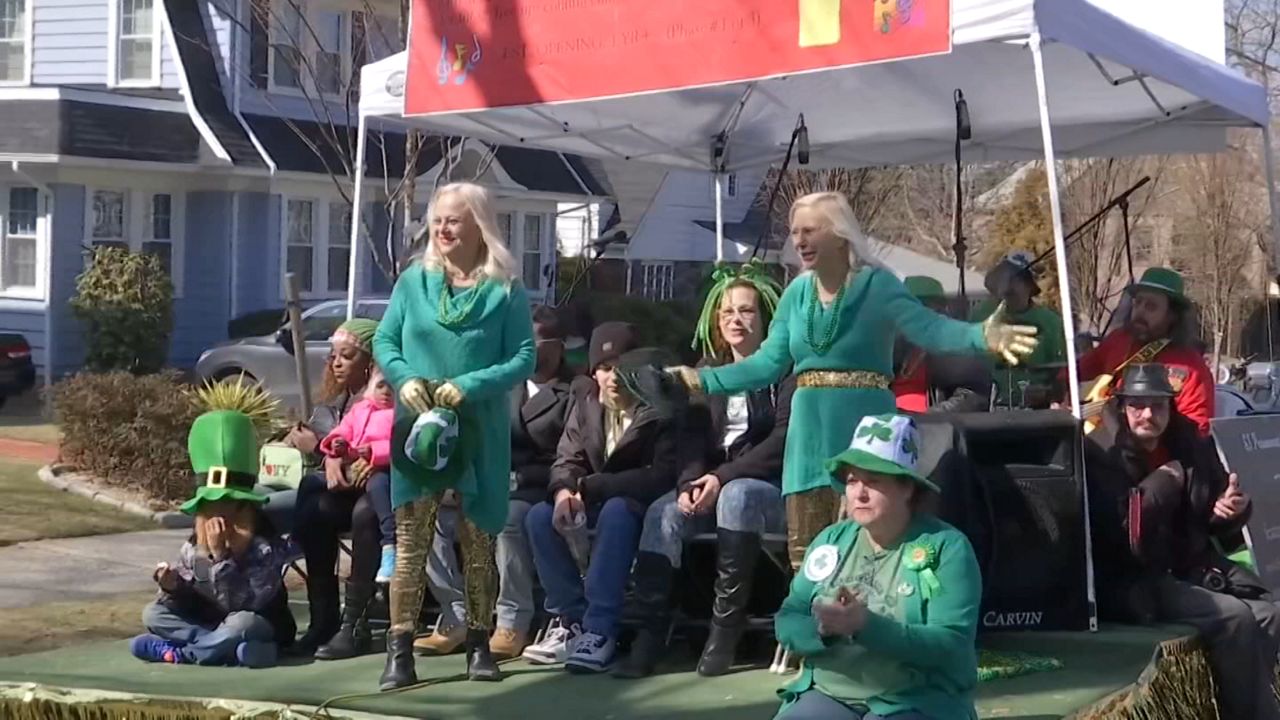 With determination in her step, the head of Staten Island's largest LGBT advocacy group attempted Sunday to apply for her organization, the Pride Center of Staten Island, to march next month in the borough's St. Patrick's Day Parade.

"We understand this parade is really important to Staten Island and all of the Irish who live here," Carol Bullock said. "We just want to be a part of that and celebrate."

The annual parade is organized by the Parade Committee of the Ancient Order of Hibernians, under President Larry Cummings. That's who Bullock addressed Sunday when she showed up to apply to march with the Pride Center's banner.

But she said Cummings told her that the banner "promoted the homosexual lifestyle" and that it "goes against the tenets of the Catholic Church." Bullock said he even told her that the celebration is "not a sexual identification parade."

"You're pushing us right back in the closet," Bullock reflected.

Cummings did not return calls or texts for comment. While Bullock said she wasn't surprised by the hardline he's taken, she said she is shocked that the support of island elected officials hasn't helped.

"Time has long since passed that we include the Pride Center of Staten Island," Borough President Jimmy Oddo tweeted Friday. "What a unifying moment it would be for our borough to reach an accord and have all of SI enjoying this happy day."s

The St. Patrick’s Day Parade on Staten Island is a joy. I look forward to marching next month, and time has long since passed that we include the @pridecenterSI. What a unifying moment it would be for our borough to reach an accord and have all of SI enjoying this happy day.

Assemblyman Michael Cusick said he has been meeting with parade organizers for months about this issue. He said he's still hopeful there can be a positive resolution.

"There are many people on Staten Island who believe, as I do, that support that the Pride Center is able to march and march with a banner," Cusick said. "Again, it goes back to what you believe the parade is about, whether it involves religious tenets in the parade or if it is truly a parade, a civic parade, of culture and heritage."

Most island pols publicly support allowing the group to march with their banner. The organizers say the pride center can march WITHOUT its banner which @pridecenterSI says is akin to being closeted again. @NY1

The decision not to allow the group to march would make Staten Island's St. Patrick's Day Parade the only one in the city that isn't inclusive. The issue dogged the big parade in Manhattan for decades until gays and lesbians were allowed to march under their own banners five years ago.