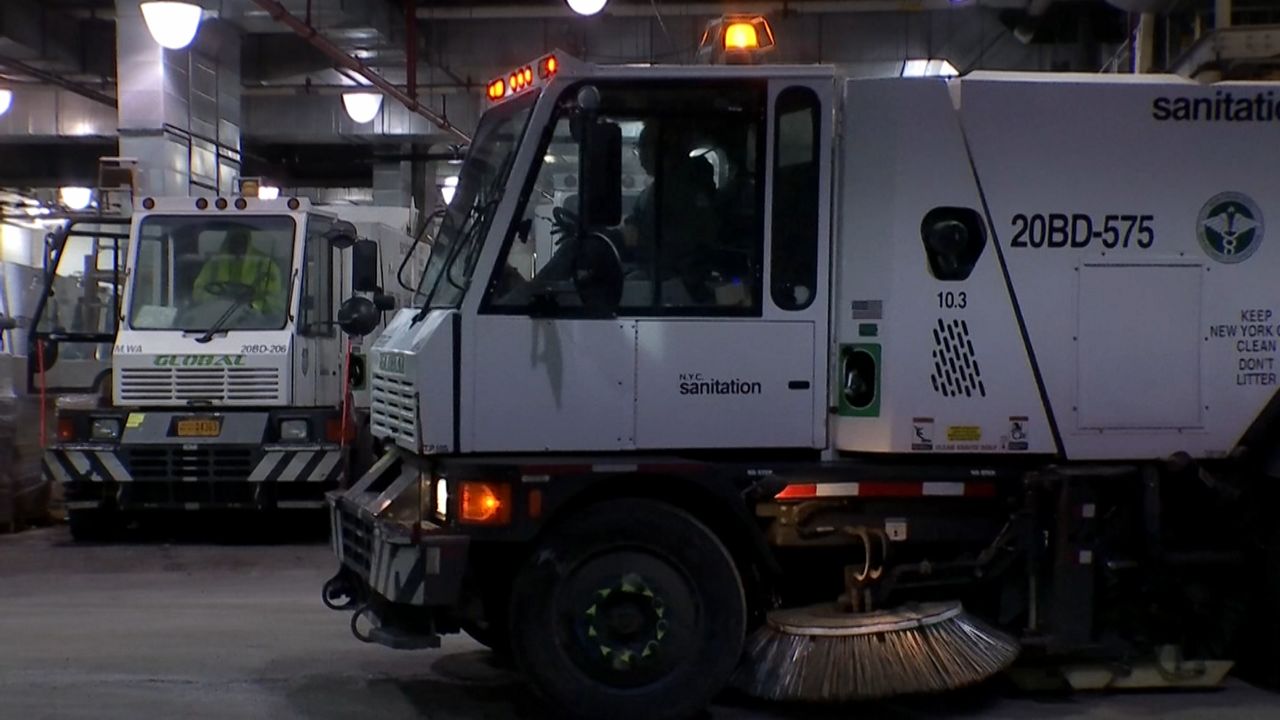 It's 6 a.m., and street sweeper driver Kristen Shalbinski is doing a pre-trip inspection of this mechanical broom, or just, “the broom,” as it is known around the Sanitation Department's Manhattan District 7 Garage on West 57th Street.

The Brooklyn Native is driving one of the department's 430 Street Sweepers, which clean around 2,200 miles of streets around the five boroughs every day.

Shalbinski's route takes us through Hell's Kitchen to Times Square and the 42nd Street area, sweeping along with the city's alternate side of the street parking program, established back in 1950 to more thoroughly clean city streets.

For some stretches where there are no standing zones, Shalbinski has a smooth ride at 15 mph doing just that. But in other areas, where alternate side is in effect, and folks aren't cooperating, well, that's a different story.

"It takes up time from us finishing the route,” Shalbinksi said. “There are some days that we don't get to finish the route because of situations like that. So please, guys, just five seconds, that's all we need."

On an average route, the broom collects nearly one ton of debris. Shalbinski is usually out on the road for six hours, sometimes making a stop to fill up with water at a hydrant, because water is needed when it's really dry out, to prevent dust from kicking up. The pit stop gives me an opportunity to ask how this thing works.

When Kristen is done with her route, everything that the sweeper picked up is put into a collection truck. That's taken to a transfer station for final disposal.