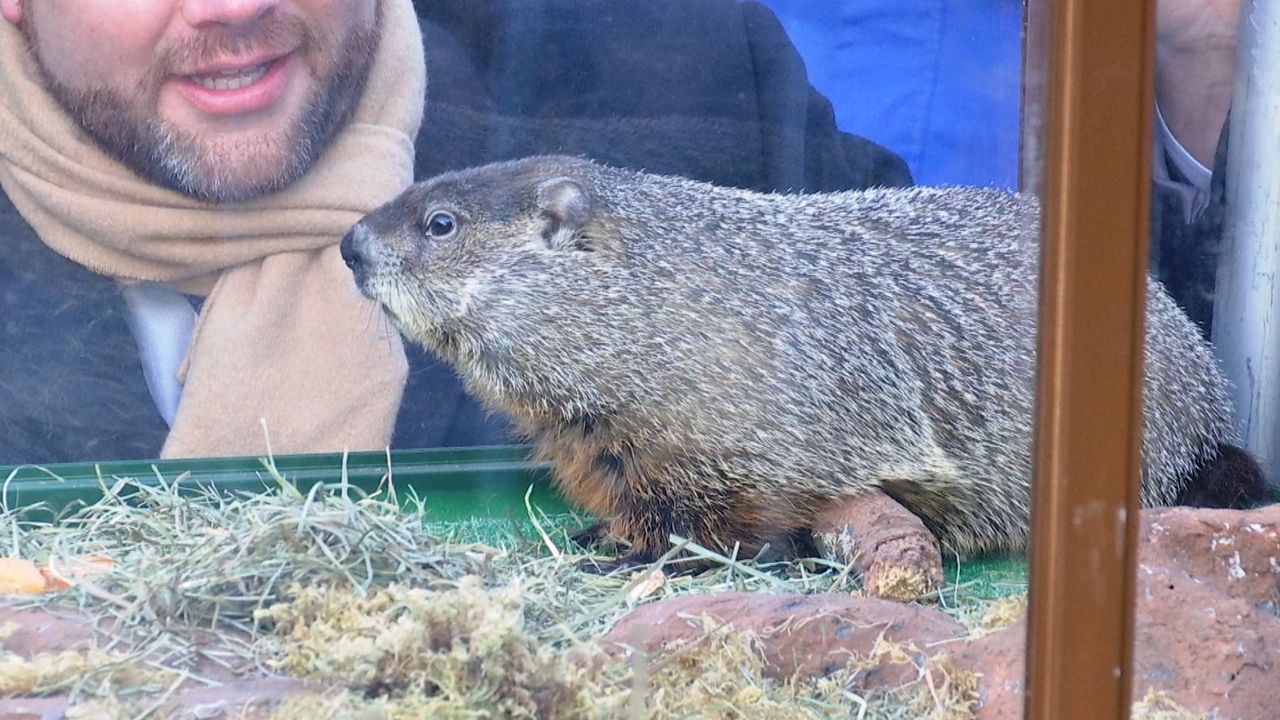 Spring will arrive sooner this year, that is according to Staten Island Chuck, New York City's official prognosticator on Groundhog Day!

Since 1981, Chuck, or Charles G. Hogg has looked for his shadow at the Staten Island Zoo. He has a fairly impressive 78 percent accuracy rate.

For this year's celebration, despite the polar vortex, there was a good turn out to await the results, featuring a groundhog mascot, music and more.

But when Chuck didn't see his shadow, the crowd went wild.

The February 2nd Groundhog Day tradition in the U.S. dates back to the 19th century.

If the woodchuck sees his shadow, and is frightened by it, he goes back into hibernation, meaning winter will last six more weeks. And if he doesn't see it, he stays out to enjoy the impending warm weather.

And if you need a little more assurance that an early Spring is on the way, Staten Island Chuck wasn't the only groundhog today to emerge and not see his shadow.

Punxsatwany Phil, the most legendary of groundhogs, agreed with Chuck to much fanfare but local officials still took some jabs at Pennsylvania's furry meteorologist.

"They may have won the Superbowl but we have the best groundhog, alright," Rep. Max Rose said.

Last year, Chuck's prediction was accurate. He didn't see his shadow, and Spring seemed to come early. Now it's time to wait, to see if he's right again.