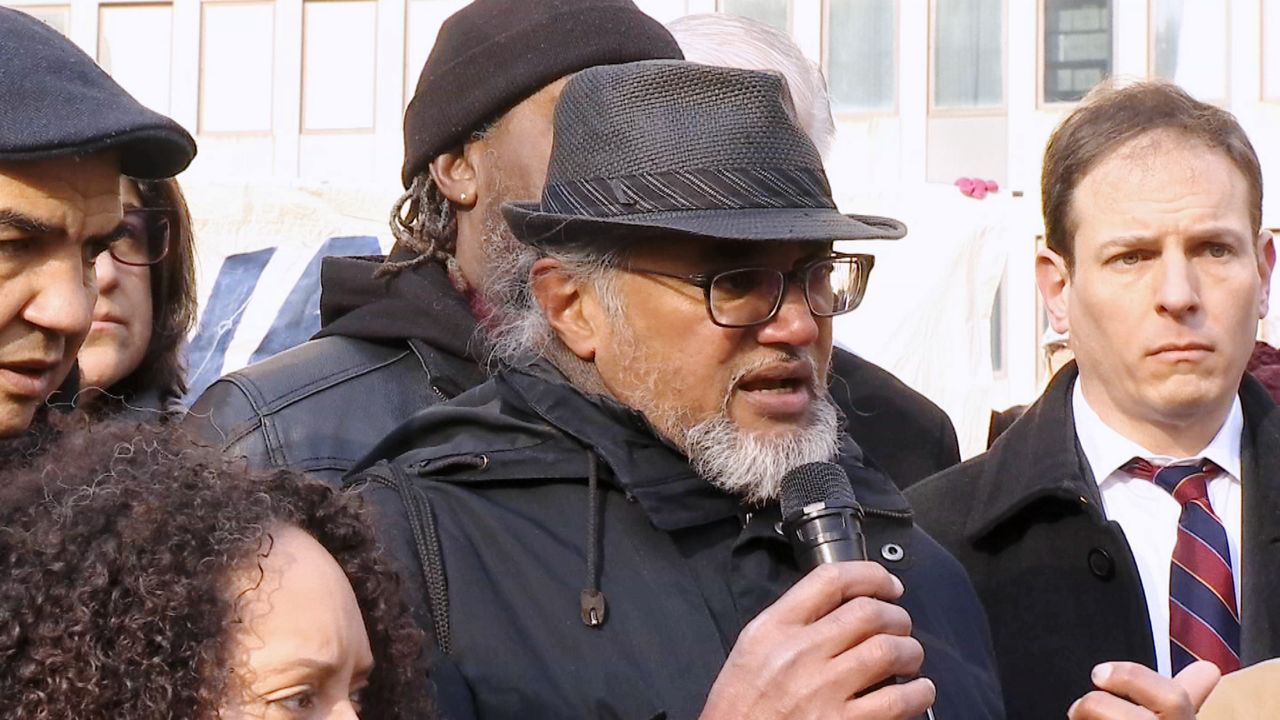 Ragbir, the Executive Director of the New Sanctuary Coalition, a group of more than a hundred faith-based organizations that support immigrants fighting deportation, has been fighting his own deportation since 2006.

More than a hundred people gathered outside the ICE office to support Ragbir for this check-in.

East End Temple's Rabbi Joshua Stanton helped lead the demonstration, telling the crowd, "We are here fighting for justice, fighting for the rights of immigrants across our city."

Ragbir said, "They want to break our spirit and destroy our humanity."

During Ragbir's last check-in, in January 2018, ICE took him into custody and tried to deport him.  A federal judge though ordered him released, calling ICE's actions cruel, saying Ragbir should have been given time to say goodbye to his family.

Since then, two other judges put his deportation on hold: one for a case he has claiming the federal government is violating his first amendment right to free speech, the second for a case aiming to reverse a conviction for wire fraud in 2000.

That criminal conviction is what triggered the effort in 2006 by the federal government to deport Ragbir.

Ragbir moved to the U.S. from Trinidad and Tobago, and is a legal U.S. resident now married to an American citizen.

On this date, ICE let Ragbir go.  He said, "I am extremely gratified that so many people showed up to support me."

ICE though wouldn't let his wife into the meeting, which could have been his last on US soil. Only one lawyer and Congresswoman Yvette Clarke were allowed to stand with Ragbir.

Ragbir's wife, Amy Gottlieb, told Spectrum News NY1, it was, “horrifying, dehumanizing, insulting. Just really glad to have Congresswoman Clarke in there to see what's happening with the system.”

Congresswoman Yvette Clark told NY1, "I think there was a lot of tension building knowing, Ravi was checking in today and as a result of that there was an overreaction to his presence."

Representative Clark who now serves on the Committee on Homeland Security says she'll work towards holding an oversight hearing.