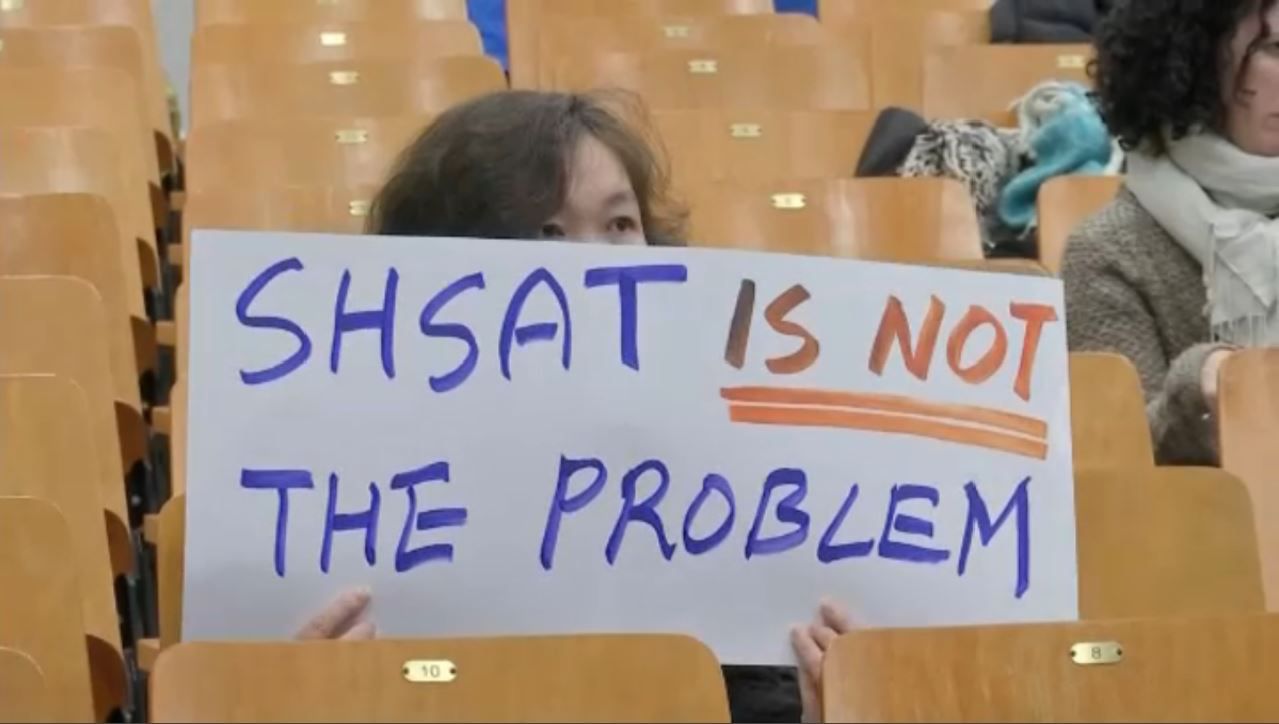 “It's all about politics, nothing about education," one parent said.

Some are outraged at the plan to eliminate the admissions test known as the SHSAT.

City officials want to phase out the exam that's currently the only criteria used for admission to eight elite specialized schools. Instead, the top 7 percent of students from each middle school in the city would be offered spots. Officials say that would increase the number of black and Latino students who make up 68 percent of students citywide but just 9 percent of those offered a seat.

"I am a big supporter of the D-O-E's plan to diversify our specialized high schools, I think that that's fabulous, it's should be applauded, it should move forward as quickly as possible." Reyan Mehran, a parent said.

But some parents at the district 15 community education council meeting say the plan would end up hurting Asian students, who currently make up 16 percent of the school system but about 52 percent of those accepted to the eight schools.

“We go to school based on merit and we think it's very unfair to be based on quota," Phil Wong, a parent said.

“In my opinion, DOE, de Blasio failed the system, they cannot fix the broken pipeline from kindergarten to grade 12, they cannot fix it, so they have to look for someone else to blame,” another parent added.

Other parents who support the effort have different concerns about how the plan will be rolled out.

"I think that any plan that includes phasing out the SHSAT and substituting it with the state tests needs to clearly articulate how students who opt out of those state tests will be evaluated," Mehran, a parent said.

There will be more opportunities for parents to weigh in including a discussion later this month on January 24th at the Brooklyn Public Library.

In the meantime, one group of Asian American parents has filed a federal civil rights lawsuit accusing the city of discrimination.