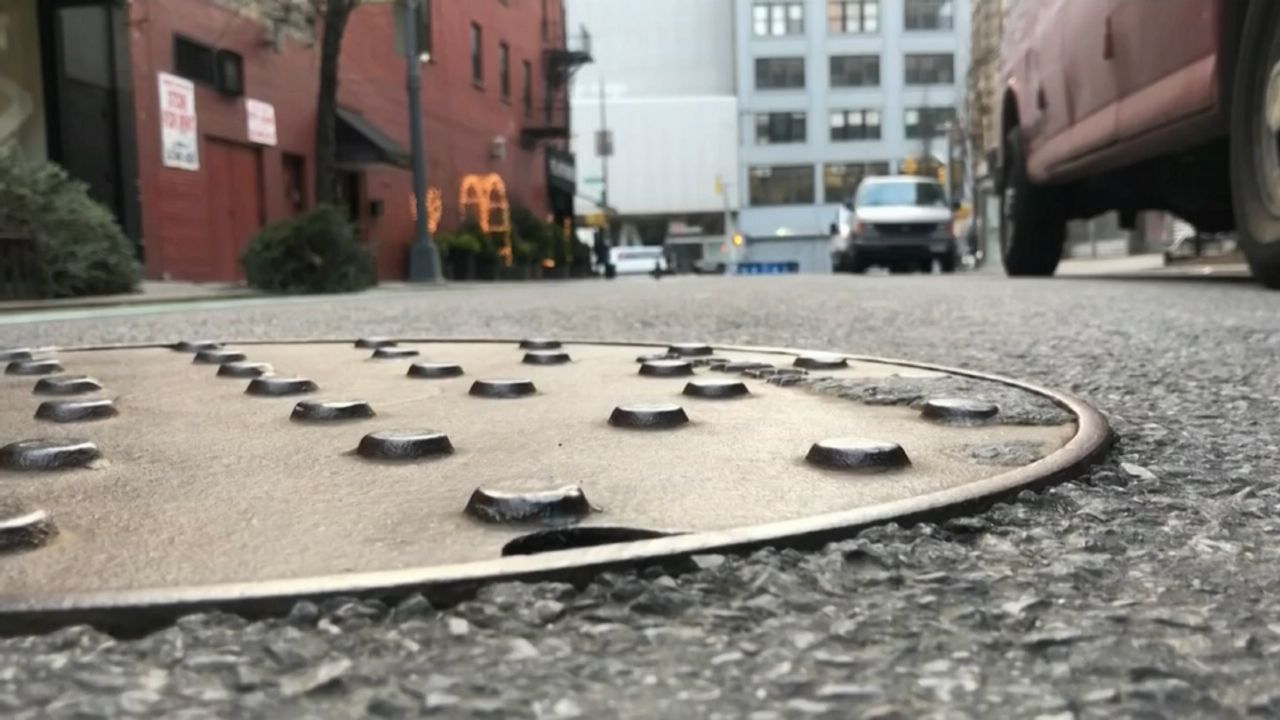 New Yorkers are busy people. And when they are walking from one place to another, while they may look down at their phones, they may not be looking at the city history beneath their feet: Manhole covers.

There are hundreds of thousands of manholes across the five boroughs for both city owned and privately owned utilities, keeping a lid, so to speak, on their underground systems.

And while the city has grown and changed, some of these cast iron gems from a bygone era still remain.

Many of the new manhole covers are functional cast-iron covers made in India.

But Esther Crain, founder of the Ephemeral New York Website that takes delight in exposing little-known aspects of the city's past, says if you look hard enough, you can find reminders of long-forgotten local utilities, businesses and foundries.

Like a square cover from the old Consolidated Telegraph and Electrical Subway Company. Or one from the Manhattan Refrigeration Company amid the Belgian blocks of the Meatpacking District. There’s another one that’s actually the cover of an old coal chute outside row houses on St. Luke's Place in the West Village, which was made by the old Cornell Iron Works on Centre Street. Another nearby was made by Abbot Hardware Iron Works on the Upper West Side.

They look great, but Esther Crain says the raised design was functional too in a city before cars.

"Carriages and horses wouldn't skid and slip when they were wet. So they have sort of like these treads,” Crain said. “And then the iron works architects made them beautiful. They made them attractive."