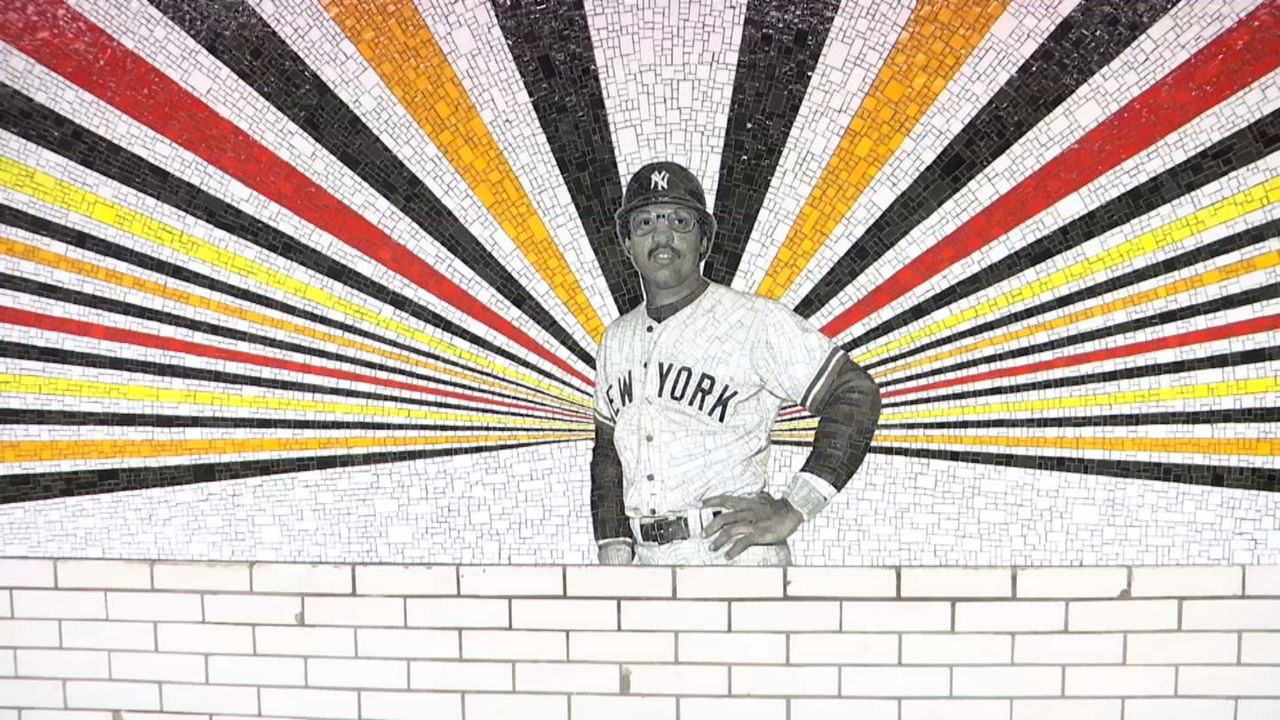 Queens based artist Rico Gatson has lived in New York for 30 years, commuting daily on the subway. But now, a trip uptown on the B or D trains has new meaning for him, because his newest work decorates the 167th Street station in the Bronx.

"Just the idea that I have a permanent installation, something that potentially my grandchildren can experience leaves me without words," Gatson said.

Gatson was chosen last January after the MTA issued a request for artistic proposals to freshen up the station. He calls his installation, "Beacons." It features tile portraits of leading Hispanics and African Americans, some with ties to the Bronx, like Supreme Court Justice Sonia Sotomayor and Yankees legend Reggie Jackson, and others who are influential or inspirational to many in the borough, like poet-activist Maya Angelou and novelist James Baldwin.

They’re all are framed by beams of color.

"They represent light, energy, and power, so it's a graphic illustration of power and beauty hopefully," Gatson said.

Riders are dazzled by the display.

"I honestly think it's so cool because there's a school by this station so maybe like young teenage kids can see this art and see, oh black people can be influential, especially from New York."

"Every morning, on my way to school, it's uplifting to see all this color, all this brightness, it's a great update from what it was before," said one young commuter.

Besides updating the station with eye catching art, the MTA also unveiled structural modernization and repairs.

That includes new concrete and metal platforms, new LED lighting and a renovated turnstile area with security cameras. The updates are all part of a, $88 million dollar overhaul.

"I hope all the stations in the whole system get like this, it's about time. I've been in New York my whole life and I've seen some pretty nasty stations, but this is really nice," said one long time subway rider.

As for Gatson, it's all about those people getting on and off the trains.

"The project was conceived with the community in mind, this community specifically, and I sort of see it as like a gift, if you will," Gatson said.