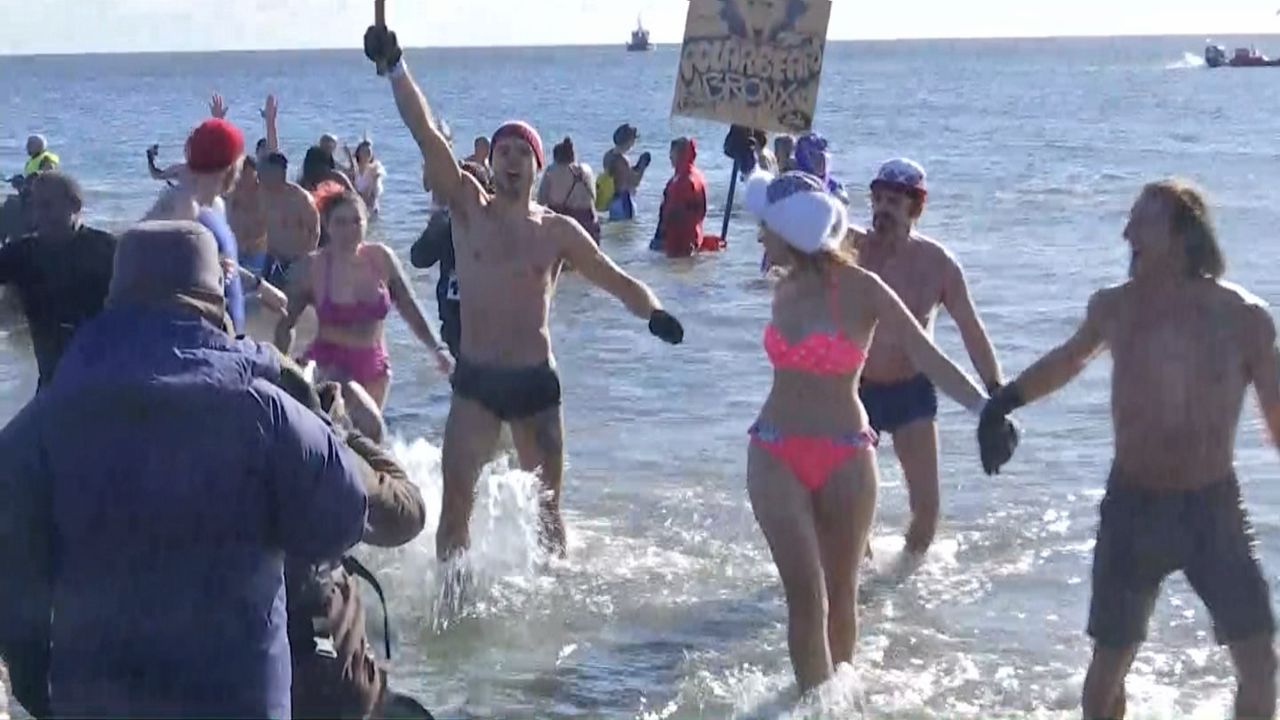 The annual New Years plunge began in 1903. It's organized by the Coney Island Polar Bear Club, a group that meets every single Sunday in the winter to swim in the frigid ocean. The club says they register about 2,500 swimmers each year and 8,000 more come to watch.

"It’s a way to ring in the New Year. It’s an incredible way to separate everything from the past from your future. Plunging into the ocean on a day like today takes you someplace else and really resets your clock," said Coney Island Polar Bear Club President Dennis Tomas.

This year brought temperatures in the mid-50s which meant some swimmers didn’t just dip in and out but lingered to swim and play.

"I stayed in for about ten minutes. It was good. Swimming, it’s good for you, good for your body. It’s the best. This is probably one of the warmest that I ever saw with the Polar Bear. It’s good weather. It’s good," said one polar plunger.

Participants all had their own reasons for taking the plunge.

"I had a significant birthday this year. And there not that much that makes me get jazzed but this really scared me. So I’ve done the mermaid parade for about 18 years and so it’s time to do the polar bear," said one swimmer.

For first time Polar Bearer Brooklyn Borough President Eric Adams, it was being beating type II diabetes that prompted him to do the January dip.

Tomorrow will be the first #NewYearsDay that my mom and I are diabetes-free. What better way to celebrate?!

Join me tomorrow in #ConeyIsland for a tradition that dates back to 1903. I’ll be there in my trunks! pic.twitter.com/HsTCzkTBHH


For Juan Cancer, this was something on his bucket list.

Among the youngest participants - a four month old infant.

"She got a little bit more wet than I wanted her to but she was smiling the whole time. My wife took her back inside to change her into outfit number two and enjoy the rest of the day," said the infant's father.

And nearly everyone we spoke with said they plan to be back to celebrate the start of future years in the Atlantic.

"Once you do one, you just keep going. Once you go cold, you can’t go back," said one swimmer.

Registration for the event was free, but donations were encouraged.

Proceeds will help support a variety of Coney Island non-profits.