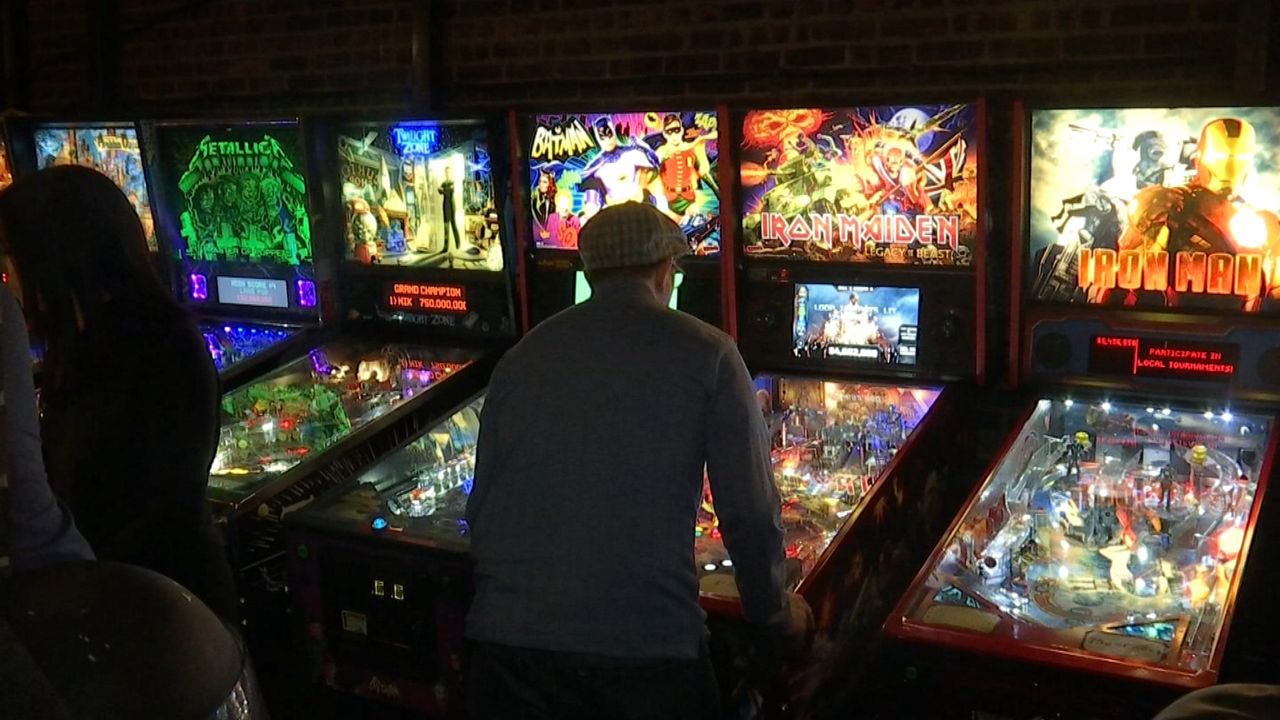 Will Competitive Pinball be Televised One Day? These Players Think So.

There are 30 machines, drawing players from around the city who take part in a weekly league. Two-time state champion Sean Grant is one of them. The 45-year-old has been playing since he was a kid in Manhattan.

"Pinball used to be found in pizzerias back in the 80's when I was growing up,” Grant said. “I used to be able to go to Nathan’s or an arcade. And now it’s coming back and that’s the best part."

More than three dozen people play in the Sunshine Pinball League, paying a dollar a game.

"There’s so much to know,” Grant said. “How to control the ball. How to set up your shots. How to handle a multi-ball. That’s where all the points are. That's where you're going to get your jackpots from your multi ball.”

Many are trying to qualify for the state championships next month, an invitational tournament of 24 players competing to be New York's pinball wizard.

It’s a far cry from when pinball was illegal in the state. Mayor Fiorello LaGuardia once famously destroyed machines, believing they were used for illegal gambling. The law stayed on the books until 1976, although by then it was no longer was enforced. A bigger threat now is video games, which has surged past pinball in popularity. But these hardy players are trying to keep it alive.

The more tournaments played, the more points earned, the higher a player's ranking. This group is hoping competitive play will be televised one day.

"If you figure that people are willing to watch poker, dominoes or darts, pinball is going to be a lot more exciting to watch," Grant said.

The state championship will be held here at Sunshine on January 19th. The winner then goes on to the national pinball championship in Las Vegas.