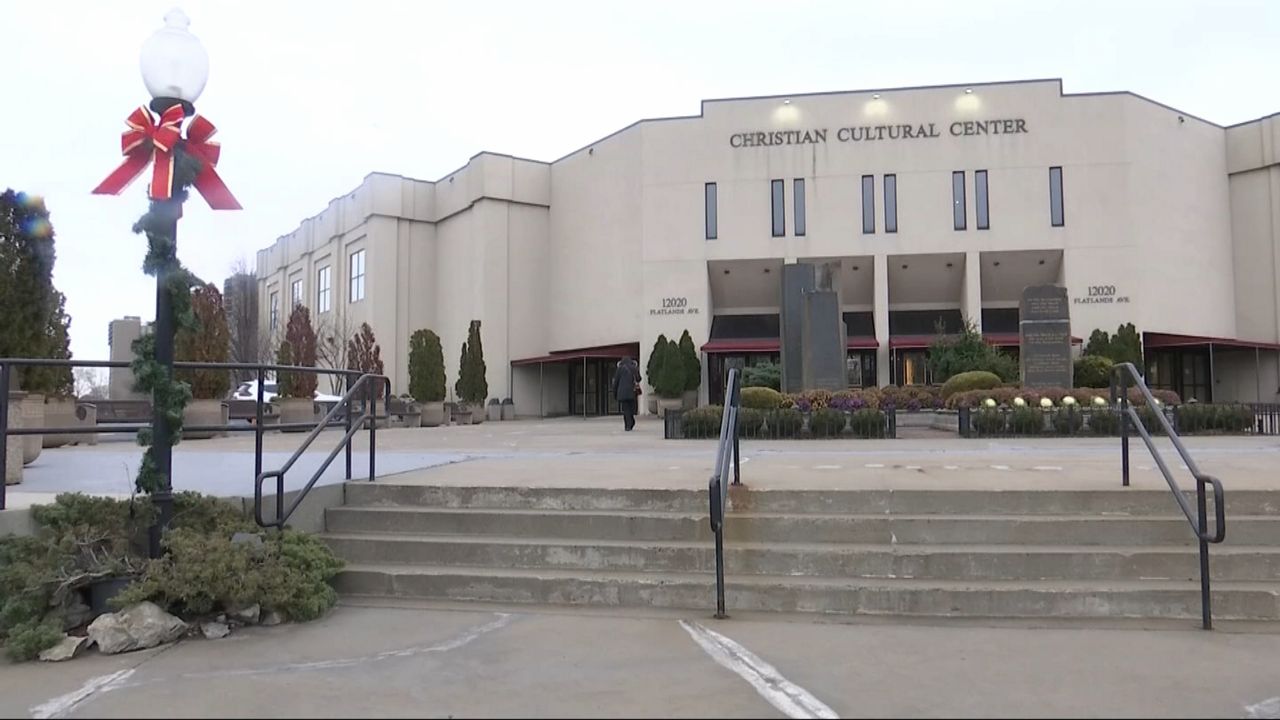 This Megachurch Wants to Build 2,100 Apartments in East New York

The Christian Cultural Center sits on a 10 and a half acre site in east New York. But the church, which boasts the largest evangelical congregation in the city, takes up only a fraction of the property. The rest is mostly used for parking by parishioners attending services here. But now plans are underway to develop the site into what Rev. A.R. Bernard calls an urban village.

At Bernard's direction, the church bought the land for $6 million dollars 20 years ago. He says that as the church has grown to 43,000 members, and so has his vision for the area. The pastor teamed up with developer Gotham Organization and designer PAU - Practice for Architecture and Urbanism - to create a blueprint that includes 21,000 apartments, retail space, 24-hour childcare services, a performing arts theater, a school, and a park.

“The urban village concept gives us the opportunity to create active uses through small blocks,” said Bryan Kelly, the Executive VP of Development of Gotham Organization. “A lot of transparency where we can have pharmacy, walk-in medical, fresh grocery store.”

The nine structures would vary in height, with the tallest rising 17 stories high, but not as high as the buildings of the adjacent Starrett City complex. The new streets would plug into the existing grid allowing easy access by people in the community.

“You’re not warehousing people into one big building but instead having lots of entries between people coming and going,” said Vishaan Chakrabarti, of Founder PAU.  “It’s that kind of activity and life that really generate a sense of safety and belonging.”

The project needs to go through the city’s uniformed land use review process. That includes public hearings where Bernard expects residents may raise concerns about gentrification.

The environmental and public review processes are expected to take up to two years. The church hopes to have a shovel in the ground by the end of 2020.