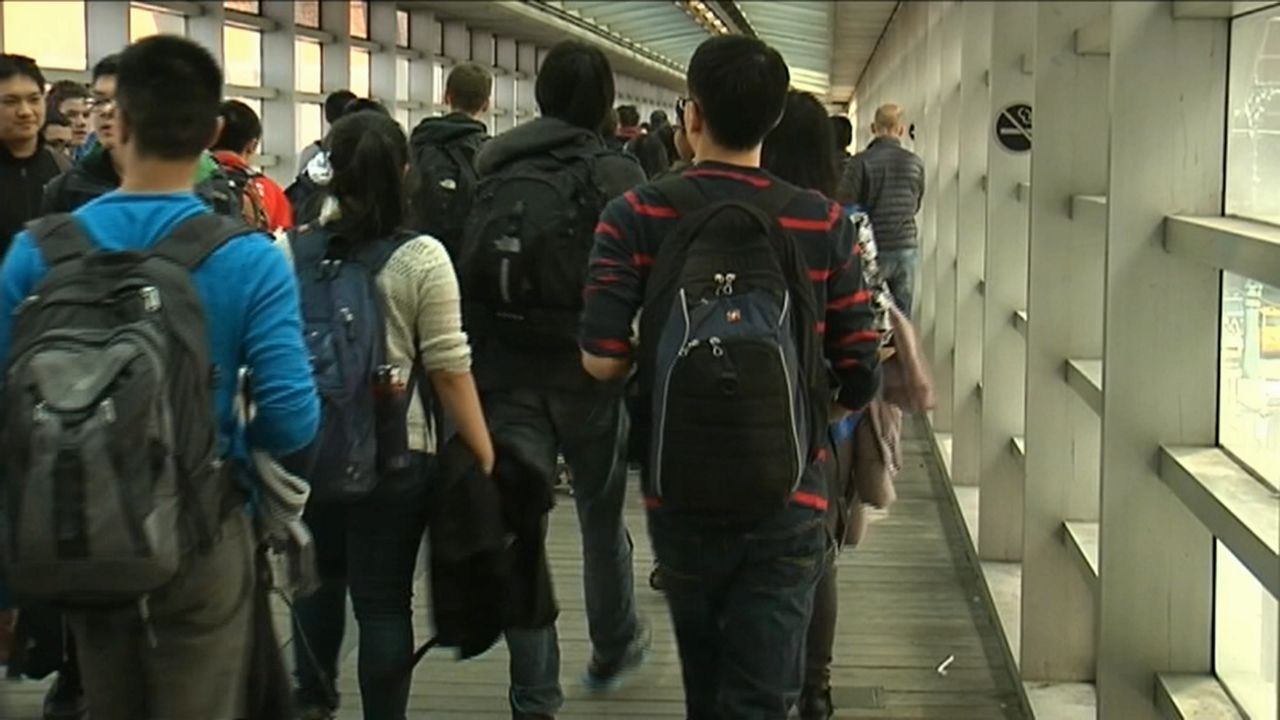 When Mayor de Blasio announced a plan to change how students are admitted to the city's elite public high schools, Asian-American parents gathered at a Brooklyn banquet hall to protest.

“Our lawsuit alleges what the mayor has been very upfront about: that the proposed changes to the Discovery Program are made with intent to discriminate against Asian American students,” said Joshua Thompson, a senior attorney with the Pacific Legal Foundation.

“It is made for the purpose of racially balancing the specialized schools in the mayors preferred method.”

The mayor has long complained that the admissions test for high schools like Stuyvesant, Bronx Science and Brooklyn Tech is responsible for a lack of diversity at the schools.

But ending the test would require changing state law.

So he changed the city's Discovery Program, which offers tutoring and admissions to the elite schools for students who just missed the exam cut-off.

His plan reserves 20 percent of seats at the schools for Discovery students, and restricts the program to children in high poverty middle schools, which means more Black and Hispanic students.

“Discovery Program expansion in disguise as diversity is something entirely different. It is racial discrimination,” said Yi Fang Chen, one of the parent plaintiffs. “And it is discrimination against hard-working Asian Americans.”

The conservative-leaning Pacific Legal Foundation has taken the case pro bono. The nonprofit says it looks for cases of government overreach that could set precedent. It has won most of its cases that have gone to the Supreme Court.

Sixty-two percent of the students at the eight elite public high schools are Asian. The Asian-American parents filing suit call the mayor’s changes a quota system to keep their kids out.

The city Education Department says, “Our schools are academically stronger when they reflect the diversity of our city.”

The changes to the Discovery Program are projected to raise the percentage of black and Hispanic kids at the elite high schools to 16 percent, from 9 percent. Black and Hispanic students make up 70 percent of the overall school system.