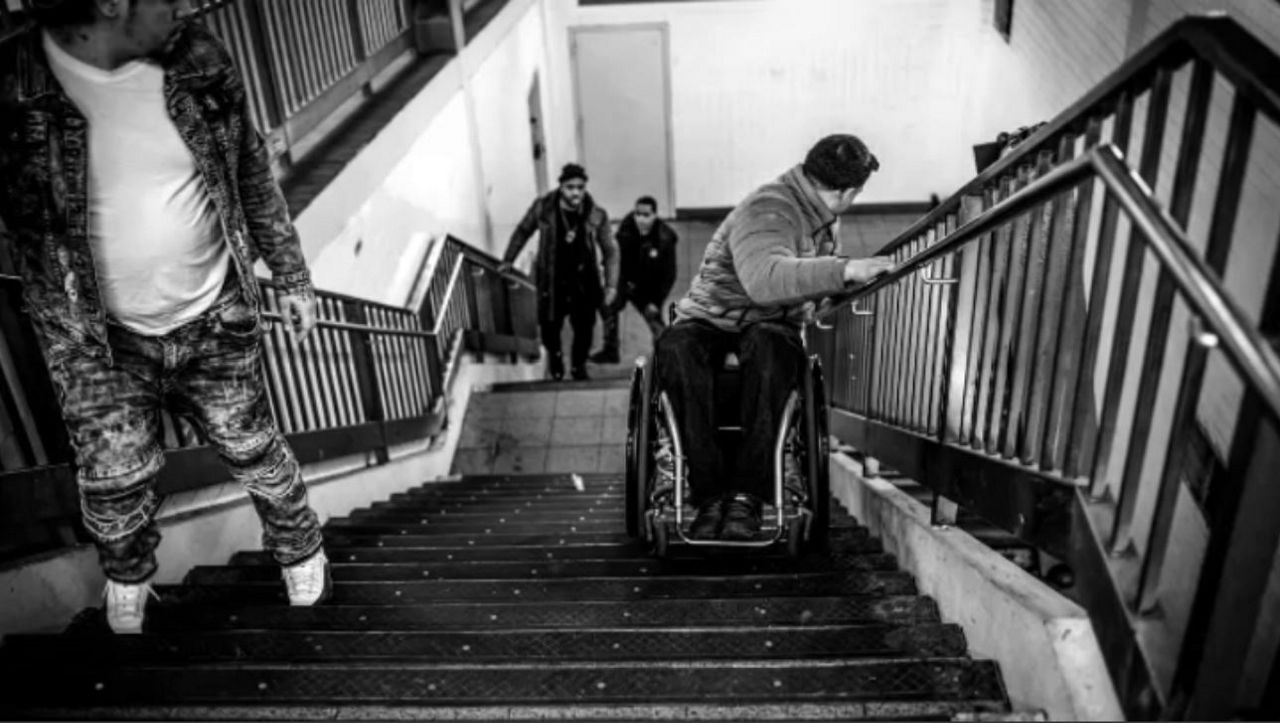 We're always on top of the MTA to improve the subways.

But for disabled people in the city, there are a number of other issues.

Of the 472 subway stations in the city, only 118 of them are considered accessible stations.

Since moving to New York City, Nolan Ryan Trowe, a member of the disabled community says the city isn't made for disabled people.

He’s had to ask police officers to help him down the stairs with his wheelchair in stations that do not have elevators.

“It was really surprising to see the lack of accessibility in New York City, considering it’s one of the greatest cities in the world,” Trowe said. This map shows where accessible subway stations live across the five boroughs.

The blue represent areas that have subway stations with at least one accessible option for disabled people.

The yellow regions have no subway accessible stations.

After an accident in 2016, Trowe lost all feeling in his legs and most function.

He came to New York last year after receiving a scholarship to go to NYU.

Since then, he's taken up photography that's often focused on capturing the disabled community in the city.

This photo Trowe captured in the 14th street 8th avenue station shows Trowe’s friend risking his life down the stairs by wheelchair.

“If he falls and breaks his neck, he could die.” Trowe says his friend does this regularly.

While MTA funding remains a major issue likely to stall much improvement on station accessibility, there is one thing Trowe says the MTA should do.

“I think in the short term, it would be just making sure that the elevators that are in the stations are working properly 100% of the time or at least close to that, because right now it’s very far from that.”

Trowe says improving accessibility is a top priority and will continue to capture images that demonstrate this need.

“Disability rights are human rights and right now there are lots of human rights violations taking place here in NYC and until those things are fixed or are on the right path to alleviating some of those violations, I’ll be doing this work.”