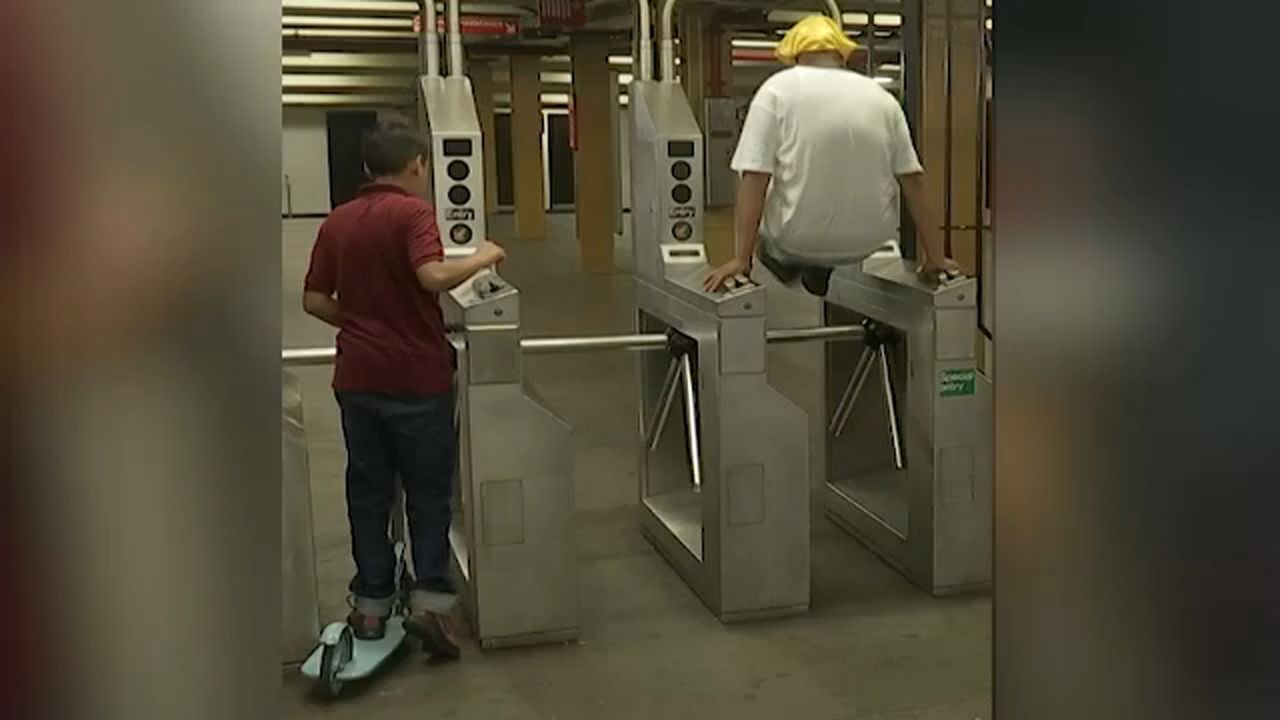 Fare-beating has long been a problem for the MTA, but transit officials say it has grown worse, and is one reason fares have to go up in March.

They say fare-beating increased after the Manhattan District Attorney last year stopped prosecuting most cases, a response to concerns that black and Latino violators were being disproportionally singled out.

The NYPD also has eased enforcement, issuing civil summonses to the majority of turnstile jumpers instead of arresting them, focusing instead on more serious crimes.

NYPD numbers show more than 10,000 fewer arrests for fare-beating since January, compared to the same period last year, a decline of more than 66 percent.

"The problem is people are not paying,” MTA Board Member Larry Schwartz said. “And that is not fair to the people that are paying."

Three years ago, the MTA said fare beating cost the system $1 million dollars a week, the equivalent of 400,000 unpaid rides every seven days.

The agency says it will release new numbers next month detailing just how much worse the problem has become.

"Fare evasion, unfortunately, with very few exceptions, is a phenomenon in transit systems,” said President of the New York City Transit Authority Andy Byford. “It's something that you do have to take action to contain."

Some transit advocates say a far bigger factor in the agency’s projected deficits is riders fleeing the system because of poor service.

The topic of fare evasion came up Tuesday, at the MTA's first public hearing on its proposed fare and toll increases.

"It depletes the money needed to fix the system," said one concerned citizen.

Even with the reduced enforcement, the MTA is trying to keep would-be fare beaters in line.

To discourage fare evasion, the MTA has begun posting signs throughout the subway system. You'll begin seeing the signs on the buses as well.

Still, one does not have to look far to find New Yorkers beating the fare, a sign that the signs so far are not having the desired effect.