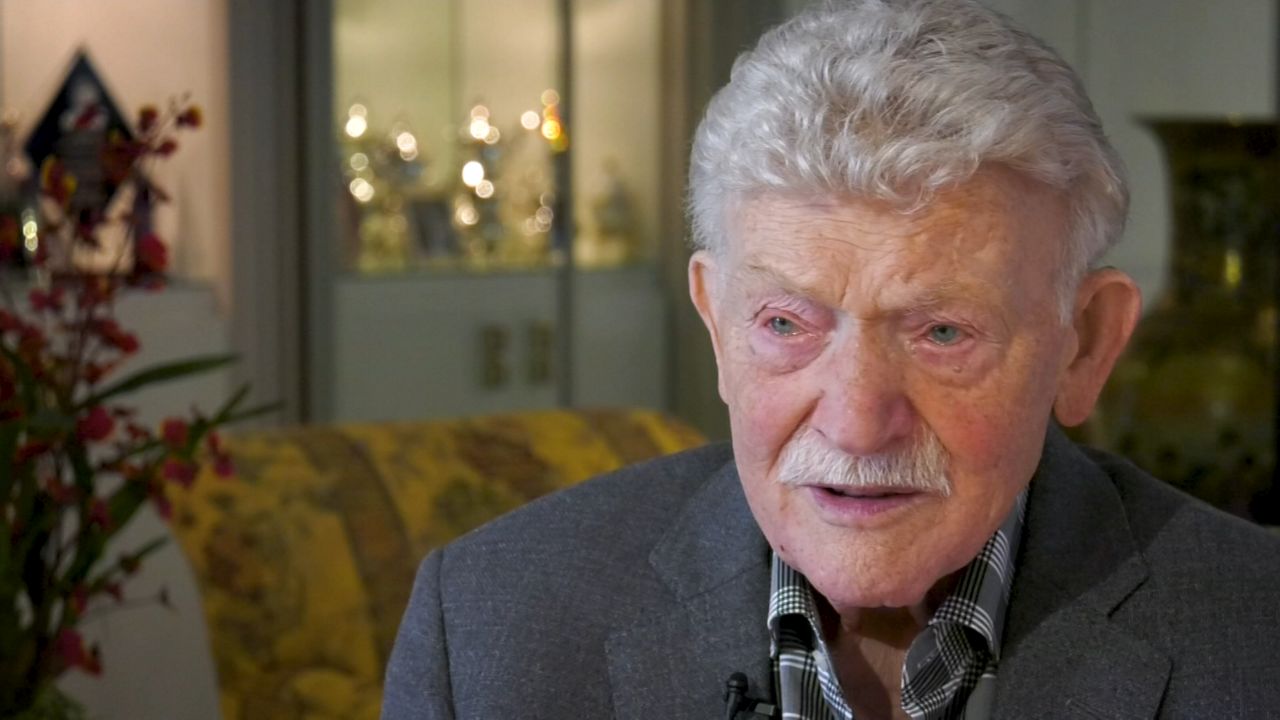 At 90 years old, Sam Solasz still goes to work every morning at the company he founded 61 years ago, Master Purveyors. He built it into one of the largest meat suppliers in America, providing quality beef to fine restaurants across the country.

A remarkable journey for anyone, but especially for a Holocaust survivor who arrived in New York with just $10 in his pocket.

In all the years since, Solasz rarely talked about his wartime experiences, how he repeatedly, improbably escaped death.

"I never spoke about it, I never wanna bring it up, I didn't wanna share pain," he says.

But now Solasz is telling his story, in a memoir, "Angel of the Ghetto," which details his harrowing life in Nazi-occupied Poland, including the infamous burning of the Great Synagogue of Bialystok with Jews locked inside. He was just 13 years old at the time.

Solasz survived in the Jewish ghetto by smuggling medicine, food and guns to the resistance, earning the nickname "Malach," or angel. He says he still has nightmares of when he was beaten and stabbed, and saw friends buried alive.

In 1943, Solasz, his parents and seven siblings were packed into boxcars with 8,000 other Jews for the trip to the Treblinka death camp.

Sensing what his fate would be if he did nothing, he jumped from the moving train and spent the next two years working on a farm -- wearing a Catholic medal, attending church and passing himself as a non-Jew.

Only two others from that train survived.

When the war ended, Solasz made his way to New York, working as a butcher for a large meat supplier.

Today, Master Purveyors is an $85 million dollar-a-year business with 80 empoyees. Solasz says he was inspired to start it after an anti-semitic comment by his boss.

"The manager said, ‘Too bad Hitler didn't come to this country and wipe the rest of you out,” he recalls.

Solasz, who has been married 60 years, has three children and lives in Queens and Florida, says he's sharing his story so history doesn't repeat itself. Citing the deadly shooting rampage at the Tree of Life Synagogue in Pittsburgh, he says it's an idea that's not so farfetched.

His book, he says, is a reminder of evil in the world...and the resiliency it takes to overcome it.