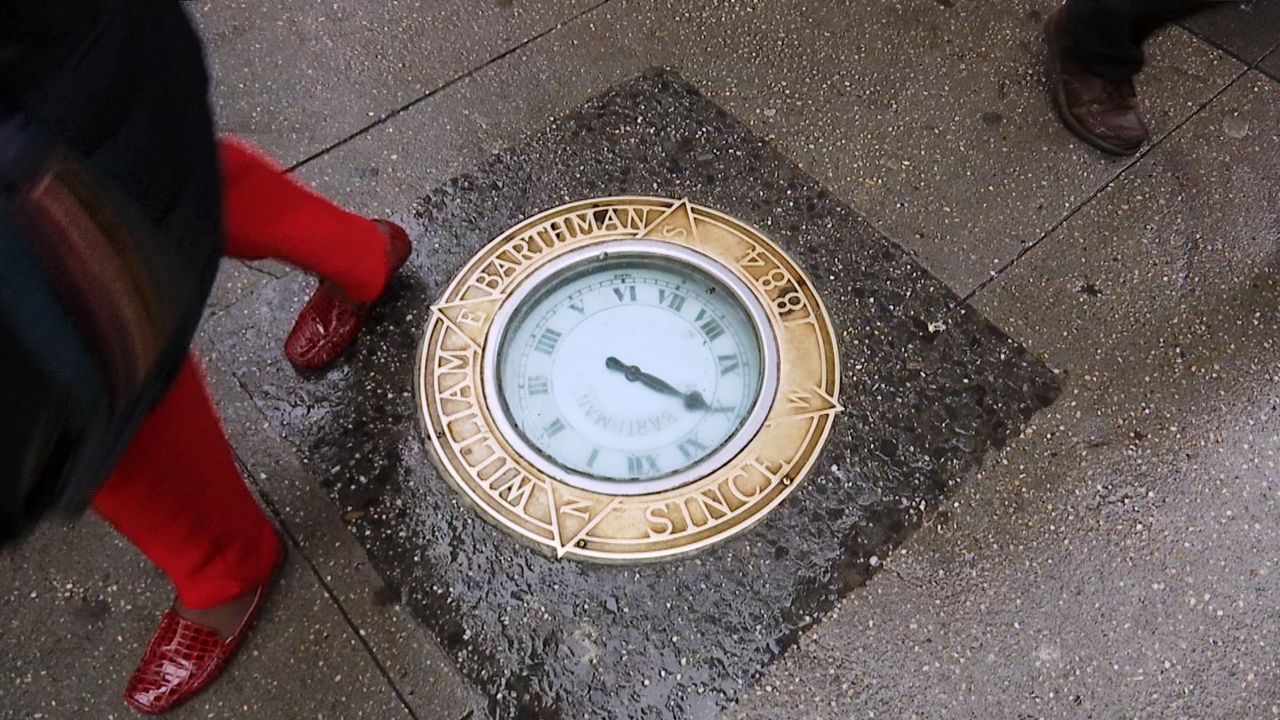 This Restored NYC Clock is Really Something to Look Down Upon

NEW YORK - Embedded in a Lower Manhattan sidewalk at the corner of Broadway and Maiden Lane is an iconic timepiece.

The first sidewalk clock was installed there in 1899 to draw customers into William Barthman Jewelers, the shop immediately behind it.

"It was installed at a time when Maiden Lane was the equivalent of 47th Street today. At that time Maiden Lane was full of jewelry and watch dealers," explained John Teifert, Vice President of the Horological Society of New York.

But times have changed. Barthman's moved to the middle of the block 12 years ago, and then closed the shop altogether last year.

Although Barthman Jewelers still operates a store in Brooklyn, the clock it left behind eventually fell into disrepair.

First a crack appeared in the protective covering. And then in August, according to the building’s super, a deliveryman rolled a heavy hand-truck over it, shattering the glass..

Although Barthman’s doesn’t do business on the corner or block anymore, it reached an agreement with building's owner to repair the historic timepiece.

Contractors entered the basement of the former jewelry store to access the clock. They worked just inches below the busy streetscape. It took four visits across the summer and the fall to get the job done.

"You’ve got the difficulty simply of aging. This clock specifically you’ve got the gaskets that make it waterproof," Teifert noted.

While the clock has been fixed for now, and the building owner promises to maintain it, there's no guarantee how long it will keep on ticking.

"It’s not landmarked. It should be landmarked. And with this going on it really encourages me to propose it for landmark status," said Tom Bernardin, Founder and President of Save America’s Clocks.

"How many millions of footsteps have walked along that clock-face? To me, clocks, more than anything is a touchstone to our past. It’s a way to visit the past. Not to sound too corny or drawn about it, but it’s a way to say hello to those people. You can’t beat that."