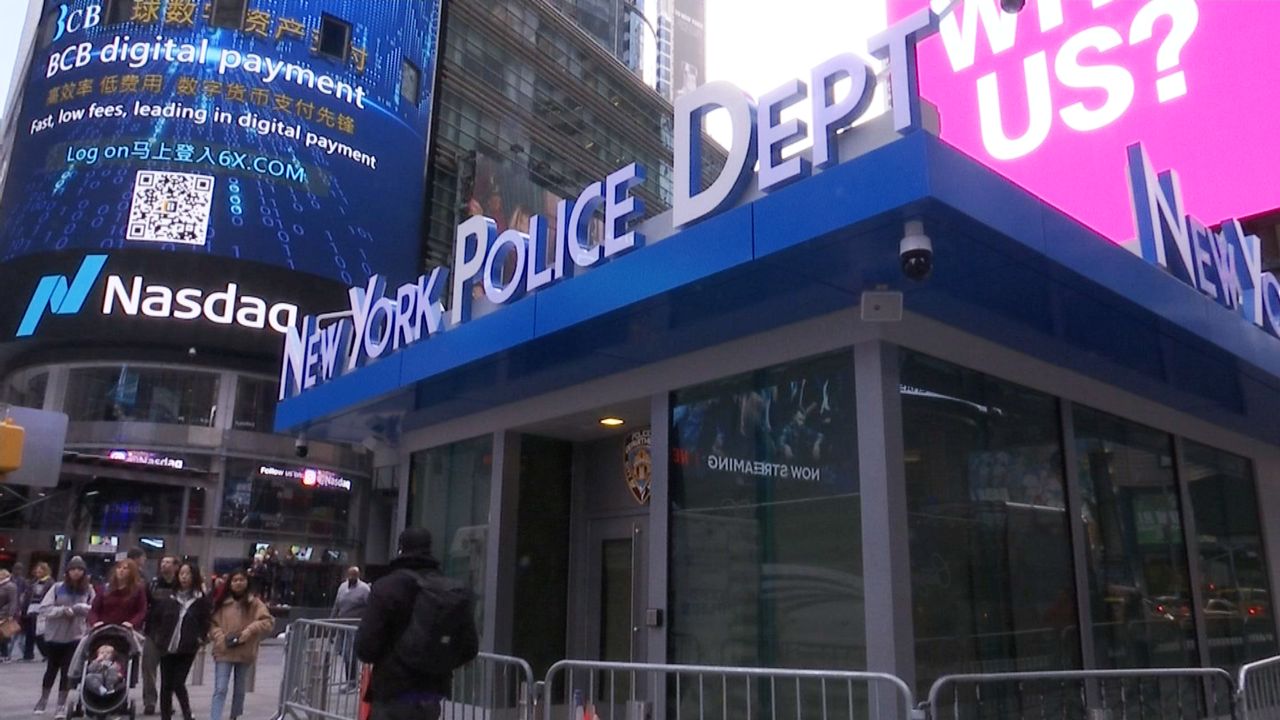 First On 1: Inside the NYPD's New Times Square Substation

NEW YORK - The NYPD wants to become a real welcoming center for tourists in the "Crossroads of the World" by showing images of the department's history and heroes at its Times Square Substation.

Projectors will show images and videos of the NYPD which people can see on the outside of the building at night.

The public will be allowed inside, where they can check out kiosks with more information about the country's largest police force.

"It is always going to be our job to fight crime and keep people safe. And no one does that better than the men and women of the NYPD."

Captain Robert Gault, the commanding officer in Times Square, says he expects this to become a tourist hot spot.

"We want to have the opportunity to engage with those people. Give them a place to come in, meet with the police officers, learn a little about the police department. Have a good experience while they are here in New York," Gault added.

Police say hundreds of thousands of people pass through Times Square every day. The inside of the substation was in pretty bad shape, and not very appealing for officers or tourists before the makeover.

NYPD Officer Ricardo Dicandia said he is amazed by the transformation.

"I was like, this is insane. Is this the same place? It definitely doesn't look like the same place," Dicandia said. "It is much nicer, much nicer."And that includes the bathrooms for officers and visitors alike."

The renovation of the facility is not just about welcoming tourists, it is also an effort to recruit new officers.

"We are right across the street from the armed forces recruitment and this is a tremendous opportunity when we engage with the public to show them what the police department is about and show them what opportunities are available," Gault said.

The NYPD says the substation finally looks like it is truly a part of the bright lights of Times Square.