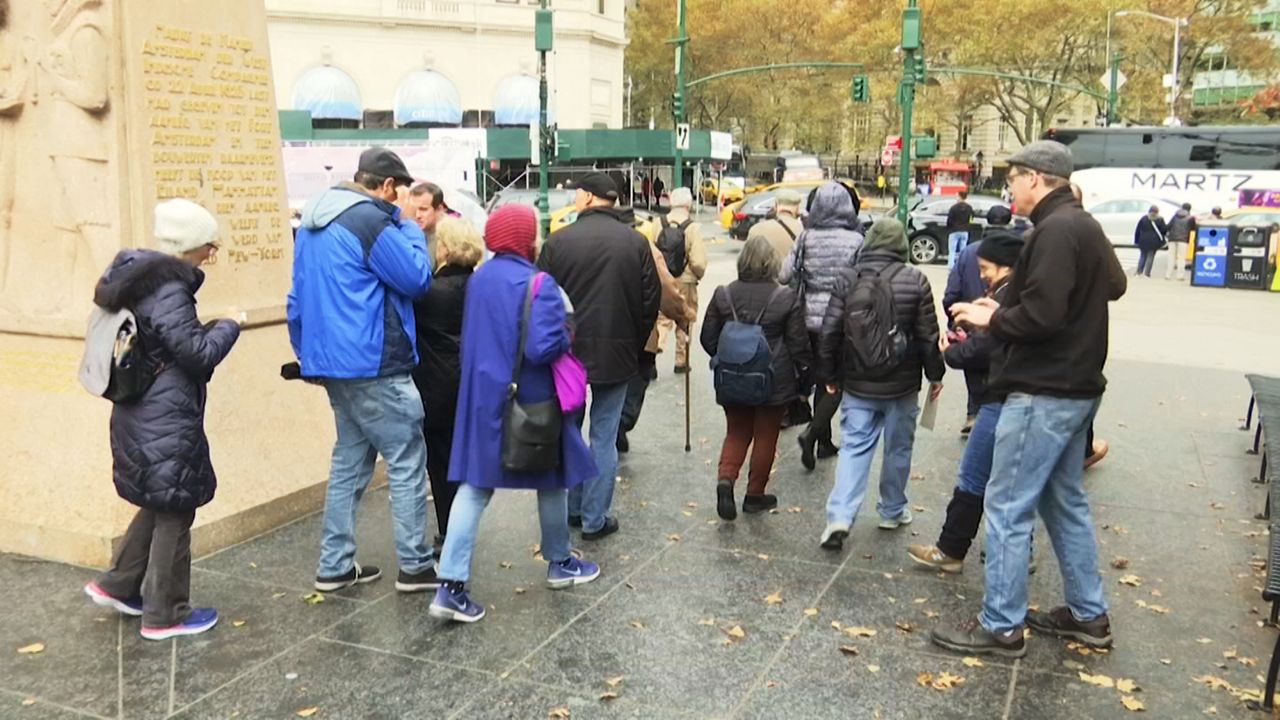 Do You Have What it Takes to Be an NYC Tour Guide?

"We are the faces of New York that tourists are seeing," says Jeremy Wilcox of the Guide Association of New York City (GANYC).

The Department of Consumer Affairs requires guides pass a licensing exam of 150 multiple choice and true/false questions. Tour guide Justin Ferate developed the current version of the exam in 2003.

Ferate says he didn't want to create an exam where one had to know precise facts. Instead, he drafted many questions as short paragraphs providing details and context, hoping it would aid one's ability figure out an answer.

"If you talk to most guides, they’ll tell you it is certainly harder than they anticipated," Wilcox says.

Questions about all five boroughs test knowledge about such topics as history, art, food, entertainment, and religion.

"For me, it was all the questions dealing with the [Department of Transportation] regulations, where you can take buses, where you can drop people off," says Michael Dillinger, president of GANYC. "Those are really technical and every guide needs to know them."

"I've had some issues with drivers who've come in here from another place, who've never been here before, and they don't understand about one-way streets and how small the streets are," she explains.

It may have tough questions, but the test taker need only get 97 questions correct, which is about a 64 percent, to get a license. And the department's data shows most who attempt pass. There's about a 95 percent rate.

On a tour through the Lower East Side, a guide stopped at a cemetery to mistakenly explain it was the "New York Marble – this is one of the first secular cemeteries in the city."

On another tour through the Highline, a guide stopped next to Chelsea Market. "This whole block of brick buildings was purchased in March of this year," she states. "It was the largest real estate transaction ever in the history of the United States. These buildings were sold for $2.4 billion – with a B."

Google’s purchase of Chelsea Market certainly garnered attention for the price tag, but is not the most expensive real estate transaction in the United States. It's not even the most expensive in New York City. The GM building at 767 Fifth Avenue closed at around $2.8 billion in 2008.

Professional guides agree that it takes more than robotic citation of cold hard facts to be a great tour guide.

"Knowing how to make the information interesting because something like history, dates, might not be engaging to people," explains Wilcox.

Do YOU have what it takes to be an NYC tour guide? The creator of the licensing exam, Justin Ferate, shared with NY1 some sample questions similar to those appearing on the exam. Some questions are condensed for publication space. See if you know the answers!