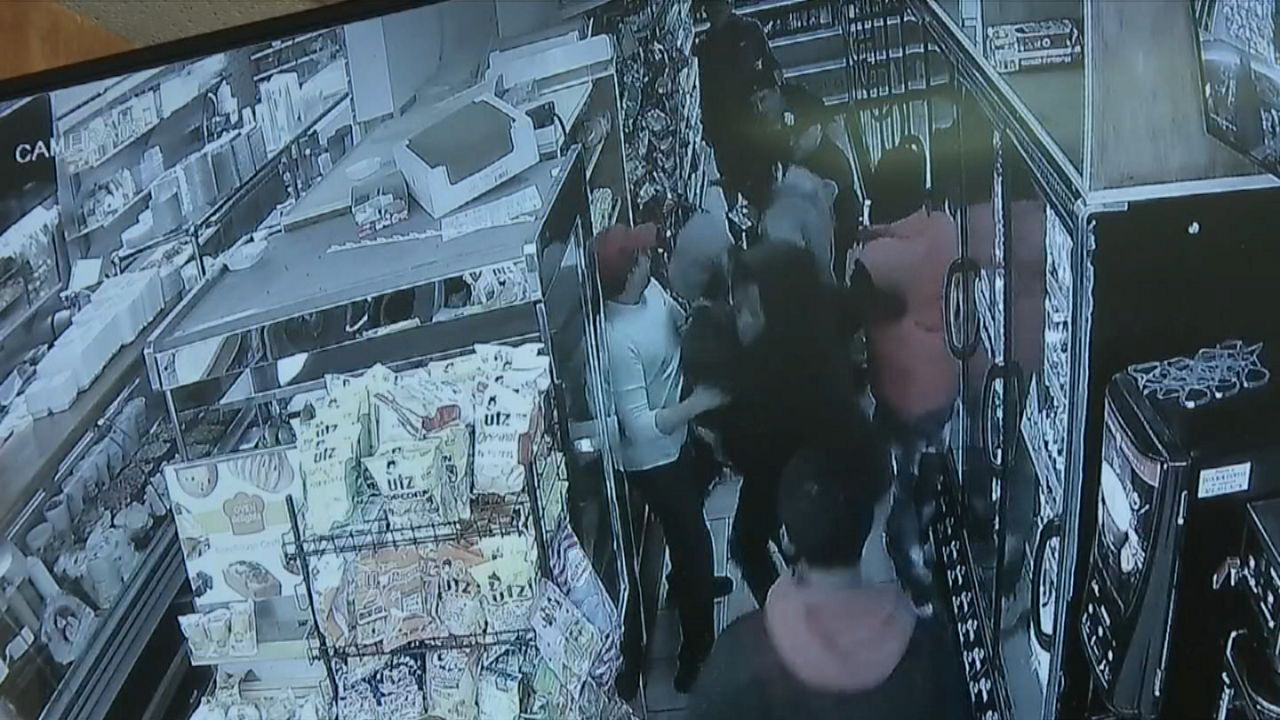 Police say a 15-year-old boy was jumped inside the deli in Highbridge Monday night.

Video shows the group swarming the teen, and punching and kicking him repeatedly.

Workers at the deli stepped in and appeared to have stopped the attack.

The store owner says the boy came into the store begging him to help, afraid he may be killed.

The owner says it reminded him of the fatal attack on 15-year-old Lesandro "Junior" Guzman Feliz.

"He asked me for help so that's what I just did. Try to help him and save his life. And I talked to you about Junior you know, it happened to Junior a few months ago, and thank God everything didn't go that bad," said one worker. "They tried to come back and I stayed in the door. I gotta stay because I didn't know if they could have any arms."

The victim was taken to the hospital, where he's being treated.

So far, a 16-year-old boy has been arrested and charged with gang assault.

But police are still looking for the rest of the attackers.