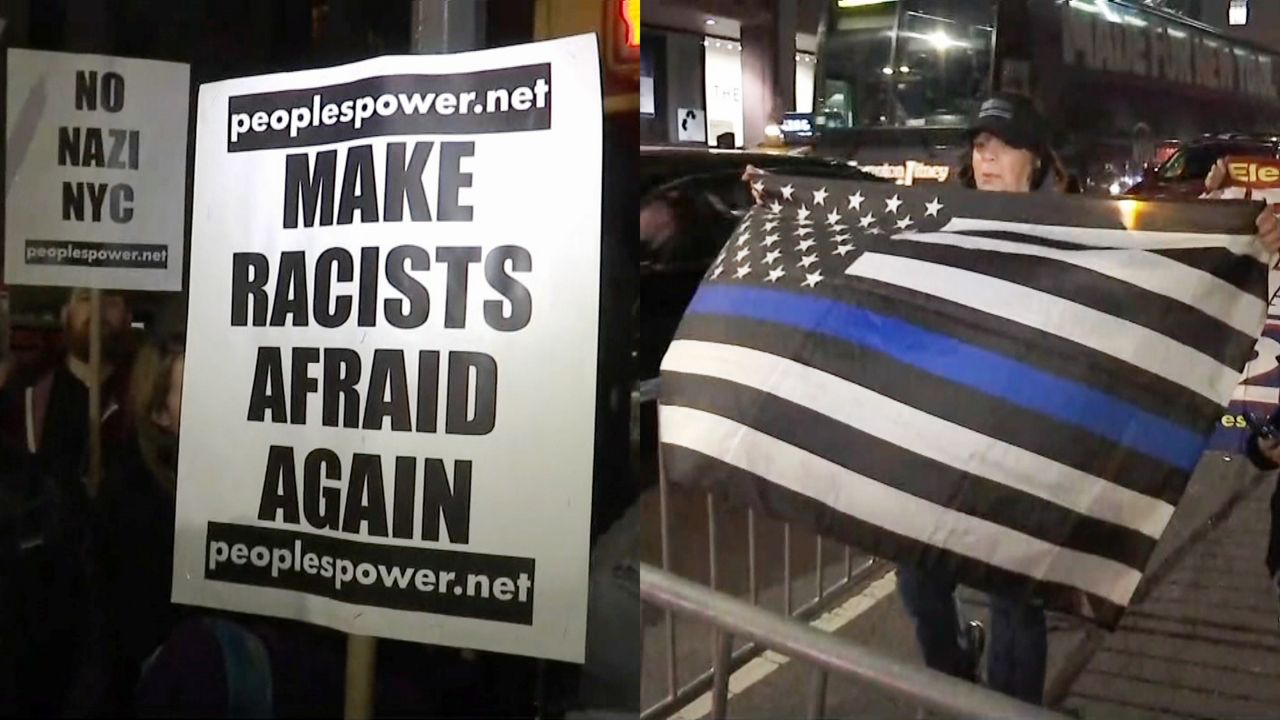 Protestors faced off Friday on the corner at Lexington Avenue and East 67th Street, near the 19th Precinct.

The People's Power Assembly, a group that empowers oppressed groups, were on one side. Pro-NYPD protesters were on the other.

The protest was sparked by video from last Friday night that captured a brawl between right-wing group "The Proud Boys" and "Antifa," an anti-fascist group, following a speech that night by Proud Boys founder Gavin McInnes at the Metropolitan Republican Club on the Upper East Side. The club was also vandalized before the speech.

Police arrested three protesters involved in a separate confrontation outside the club, but the lack of immediate arrests of any Proud Boys members launched criticism of the NYPD's handling of the event.

“In the video footage of the attack we see police watch the assault as it unfolds doing nothing to prevent further violence," said Popi Sen of Peoples Power Assembly. "The police stood by and let a fascist gang run riot on the Upper East Side."

Mayor Bill de Blasio chimed in with his opinion when asked about police response to the fight by Brian Lehrer on his WNYC radio show.

Lehrer asked, "Do you think any NYPD members had any political stake in that incident, because that’s the implication when some people raise the issue of selective arrests." The mayor responded, "I have no evidence at all of that, and I, and I have no experience that tells me that."

In the past two days, there have been two arrests of members of the far-right group The Proud Boys. Geoffrey Young was seen leaving criminal court in Manhattan Friday afternoon after being arraigned on attempted assault charges among others. John Kinsman was arrested Friday at the 19th Precinct, near where the protestors later gathered.