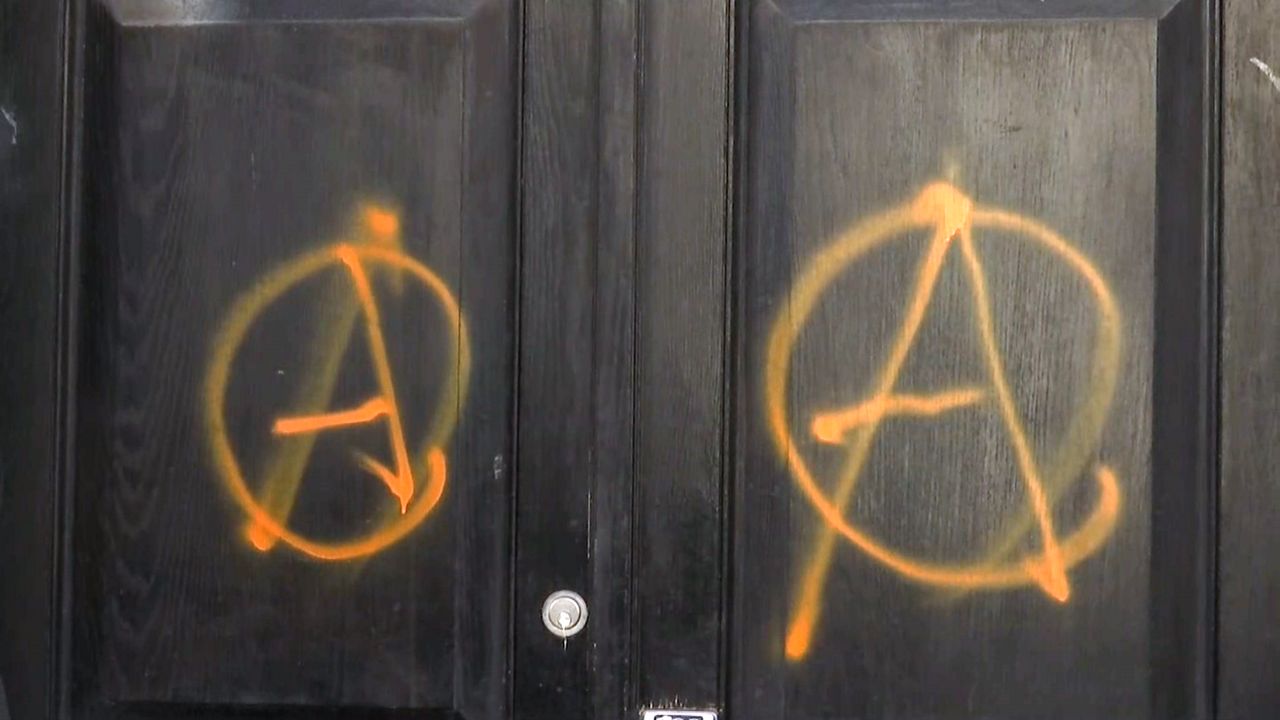 Authorities say it happened at around 1:40 a.m. at the Metropolitan Republican Club on East 83rd Street.

Members of the GOP say anti-Fascists are to blame.

They say the vandals left a letter that said, in part, "Our attack is merely the beginning," as well as "We are not passive, we are not civil, and we will not apologize."

The letter also references that the Metropolitan Republican Club "chose to invite a hipster-fascist clown to dance for them." The club was scheduled to host an event Friday evening featuring Gavin McInnes, a leader of The Proud Boys, a group designated as a hate group by the Southern Poverty Law Center.

"Their disavowals of bigotry are belied by their actions: rank-and-file Proud Boys and leaders regularly spout white nationalist memes and maintain affiliations with known extremists. They are known for anti-Muslim and misogynistic rhetoric," the SPLC's website reads.

The Republicans say Democrats should condemn this kind of behavior.

"We need to be civil in our discourse, our public discourse," said Ed Cox, chairman of the New York Republican Party. "And that's what makes America great, to have that kind of discourse in which all parties can participate."

"This is terrorism. This is getting people to be afraid of being in government. This is just saying, 'No, don't do this.' This is flat-out terrorism, and I resent it," said Pete Holmberg, a candidate for state Senate.

When NY1 reached out to Antifa on Twitter, the group sent this response:

Sure, here’s a comment: We believe something happened to the club, we just think they’re confused about who did it. It could have been anyone.

In response to the vandalism, Geoff Berman, the head of the New York Democratic Party, said in a statement, "New York Democrats have zero tolerance for violence in our political system and condemn this latest act of vandalism. This type of divisiveness is repugnant to everything we believe as New Yorkers. That being said, Ed Cox and Marc Molinaro's rhetoric on this is wildly inappropriate. We need less hate and division – not more."