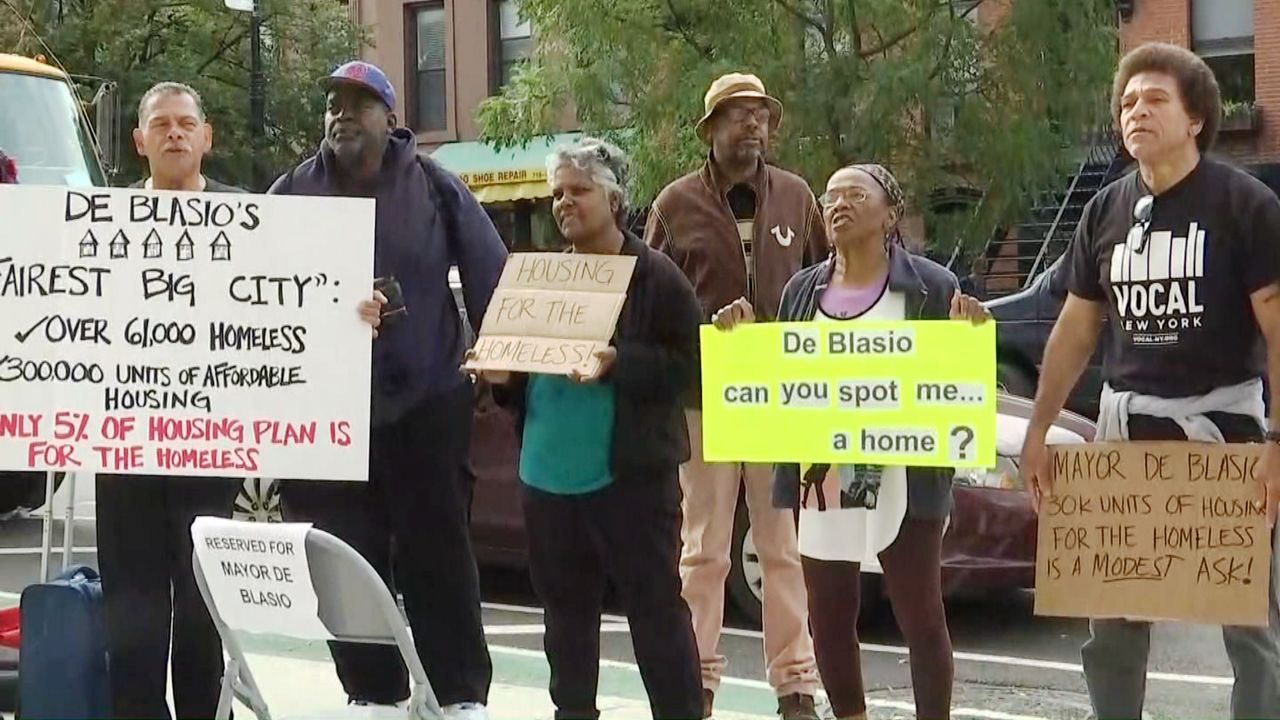 Advocates for VOCAL-NY want the mayor to double the planned 15,000 affordable housing units to 30,000 as the homeless crisis in the city worsens.

The Mayor's Office did not comment after the confrontation.