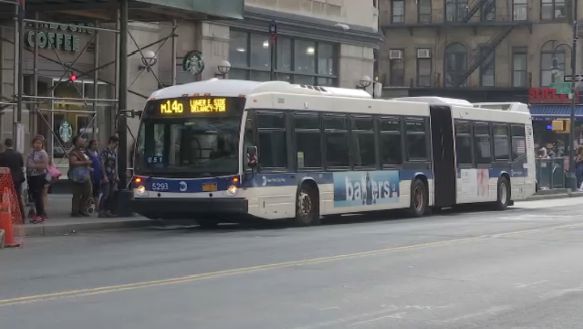 NEW YORK - A group of Manhattan residents is suing to stop the upcoming L train shutdown.

Community activists are looking to get a temporary restraining order on the whole project.

They claim the construction and transit service changes will cause major disruptions in their neighborhoods because the mitigation plan hasn't been properly vetted.

Commuters had mixed reviews about what the group is trying to achieve.

"I think it's just they're trying to grasp their--, I'm with them too, you know, because at the end of the day, the L train is very important to us," said one subway rider.

"If there are valid environmental concerns, then they do need to be vetted," said another rider.

"I think that it's a good idea to check it out because the air quality around here has been pretty bad. It's hard to breathe sometimes going home so I mean I just want to make sure that everything is okay and that everything is running according to the rules, and nobody's going to get sick down the road," noted a third rider.

When the L shuts down, there will be 80 new buses an hour crossing the Williamsburg Bridge, an HOV lane and the M14 SBS bus service.