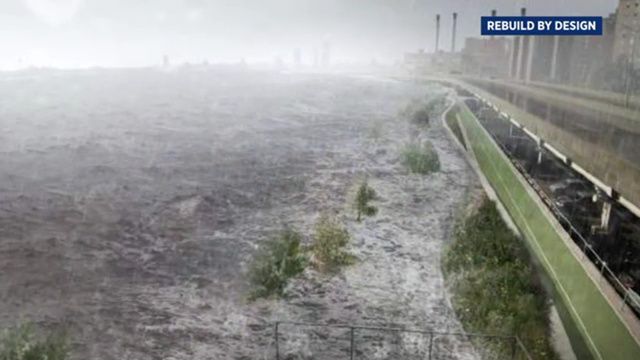 Winds and rain battered Puerto Rico. Many say the preparedness before, and recovery since, is offensively lacking.

It's likely a non-starter in a Republican controlled Congress. But to probe what went wrong in Hurricane Maria, Rep. Nydia Velazquez is calling for a commission similar to the one charged after the 9/11 attacks.

"The question that I pose to the American people is this: How do we make sure that we are ready for the next epic hurricane?" Velazquez said.

It's a relevant question in many places. Nearly six years after Sandy, there is substantial progress. But the city is well behind schedule elsewhere, like turning an East River park into a multipurpose levee.

Announced in 2014, a year later, the plan had construction in 2017. In 2017, City Hall said final design and an environmental impact statement would be by the end of that year. It's now nearly fall 2018. Neither has happened, leaving in doubt the latest goals: final design by this fall, and the project done by 2024.

"The level of preparedness today is much greater than it was at the time of Sandy," de Blasio said.

The mayor spoke later generally at an unrelated event, not expressing any opinion on specific blown deadlines.

"From the point of view of my team, this is going to be decades of work, honestly," he said.

"Every city must take it seriously," she said.

But there is arguably less oversight on the City Council. Up until recently, there was a Council committee on recovery on resiliency. That committee is now inactive.

"Well, they're good projects, but you actually the need the parks done for them to work," he said.