Amid Record Numbers of Homeless Kids, NYC is Relocating Families Closer to Schools

Rayne Austin arrives at P.S. 214 a few minutes early. The second grader has been on time each day since summer vacation ended — a big change from last year, when she was late almost every day.

"I felt kind of down because I was like, dang, I prefer to get her to school on time versus her being late or missing anything that the teacher already started," said her mother, Quinshana West.

Rayne and her mother lost their housing in Cypress Hills, Brooklyn last February, and the city assigned them to a homeless shelter in Harlem. Rayne's commute to school in her old neighborhood took more than an hour each way on the A train. 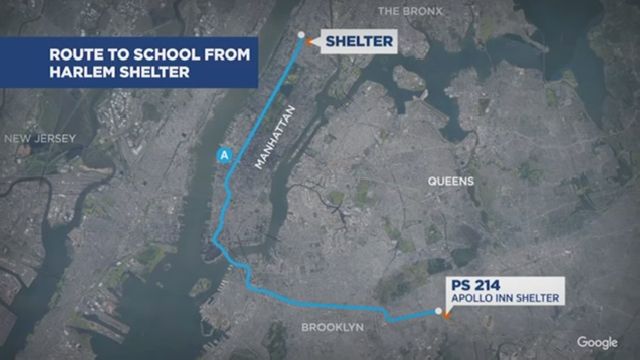 "She was more tired, cranky in the morning, didn't want to hardly get up," West said.

"Yeah, it was a really long trip when we were in Harlem, Rayne said.

Over the summer, city workers asked Rayne and her mom if they wanted to move to a shelter in Brooklyn, close to Rayne's school and near where West works as a home health aide. Their commute is now 15 minutes each way. 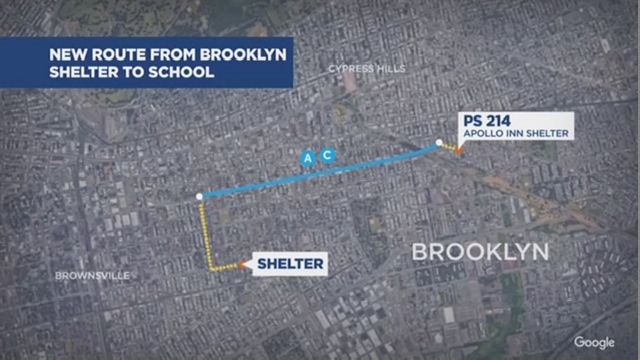 "I was happy, and I took it fast," West said. "It was a tremendous help, and I really appreciate it."

200 other families with 400 children also agreed over the summer to relocate to shelters closer to where their kids attend school.

"We did it within a like two-week, three-week period, and it was phone calls and then actual visits, and in some cases when we couldn't get any movement we actually went to homes or to places and talked to families," New York City Schools Chancellor Richard Carranza recalled. "Some families said, 'No, absolutely not.' But I was amazed at how many we got to say, 'You know what, yeah.'"

Called the School Transfer Project, it's the first step in an overhaul of the family shelter system to ensure that homeless families are never more than five miles away from their youngest child's school. The goal is to attack one of the prime causes of tardiness and absenteeism for homeless students, a problem that contributes to poor academic performance and high dropout rates.

"We've been opening borough-based shelters and that's given us, for the first time this summer, the opportunity to identify the children who are the furthest from their schools and offer them an opportunity, with their families, to move closer to their schools," said Steven Banks, the commissioner of the New York City Department of Social Services.

Still, the city has a long way to go: At the start of this school year, 15,000 public school students were living in shelters; 28 percent commute to another borough each day to attend school.