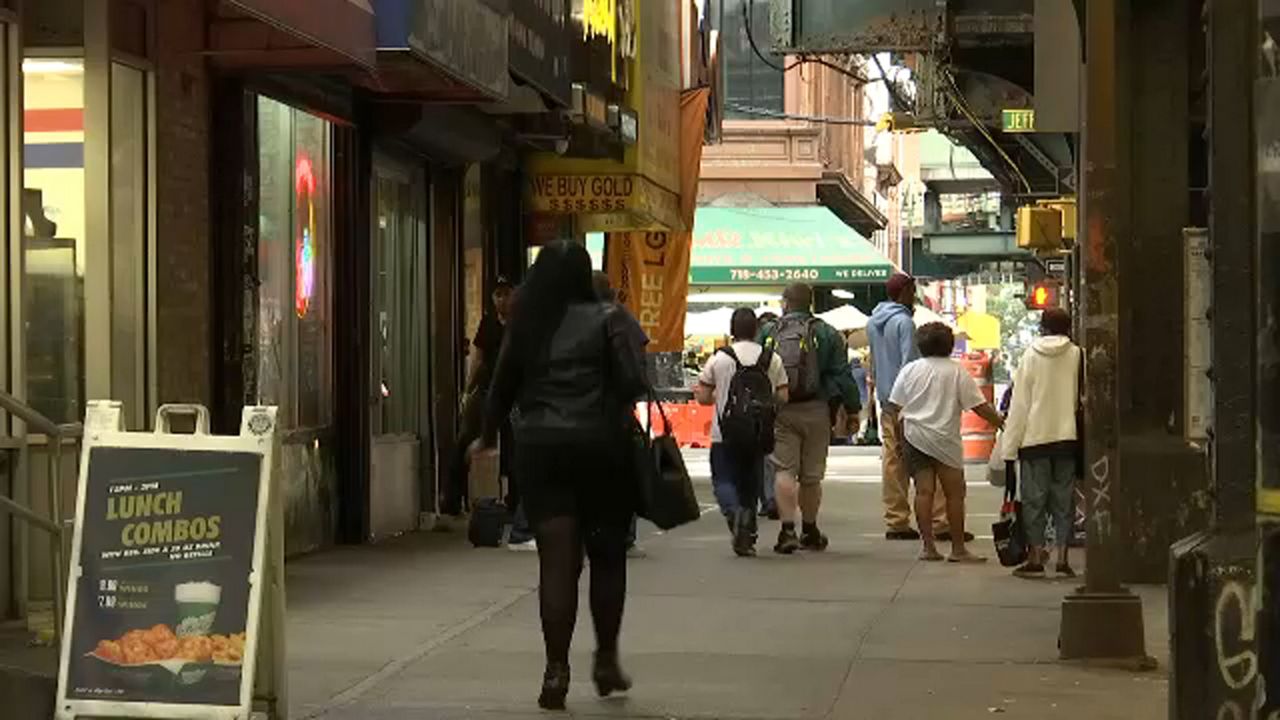 Neighbors weren't surprised Saturday to hear another group of people overdosed on K2 at the corner of Broadway and Myrtle Avenue in Bushwick in the morning.

This time, five men were transported to Woodhull Medical Center for treatment, according to police.

"It's always around. You can probably smell it right now," one man said near the corner.

That corner is often referred to as "Zombieland" by neighbors. They say it's common to see people slumped over and high on the illegal synthetic street drug also known as Spice.

"Every day, I bike out here and run and work out," neighbor Garrett Uddin said. "At 7-8 in the morning, when people are commuting to work, there's people strung out on K2 on the corner."

Many neighbors question how the drug suppliers are still in business.

In May at the same intersection, more than 100 people overdosed on K2 in the span of one weekend. Police later seized about a thousand packets of the drug and made more than 80 arrests. In June, two others were filmed on subway tracks after one admitted he had been high on Spice.

The consistent string of K2 overdoses at the corner has prompted several protests from community activists, who blame local delis for selling the drug.

"It's an epidemic in this city," psychotherapist Betsy Spiegel said.

Spiegel has been an addiction specialist for over 30 years. She K2 is no different from other narcotics.

"This new K2, it's taking people apart without them knowing what's in it, who sells it, who makes it," Spiegel said. "It's like a crapshoot."

According to police, a small group of repeat users account for the majority of K2 overdoses in the area. Spiegel said that's the disease of addiction, and it needs to be broken through legislation, law enforcement, and, most importantly, social services.

"To punish the users is not effective as punish the system that gets the drug to the users," Spiegel said.

She said that, in order to clean up the neighborhood, the greater community needs to step up to help those who use the drug as an escape from their realities.