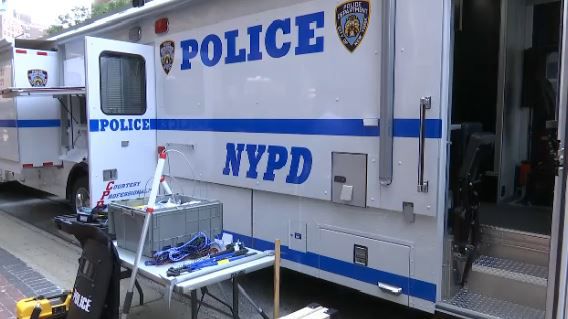 For nearly five years, the NYPD has taken the lead in responding to cases of suspected animal cruelty.

The NYPD assumed a role that had been previously been handled by the ASPCA, also known as the American Society for the Prevention of Cruelty to Animals.

The ASPCA has still remained involved in a supporting role. The animal welfare nonprofit still helps care for the more than 3,000 animals rescued from abusive situations in the city since 2014. Those investigations have led to about 700 arrests.

"The partnership has been tremendous. The results speak for themselves," said Howard Lawrence, the VP of ASPCA Humane Law Enforcement.

On Monday, the two organizations furthered their partnership with the purchase of a police mobile command unit for the NYPD's animal investigations unit.

"This vehicle will prove to be a great resource in the field as we investigate and seek to prosecute animal cruelty cases," said NYPD Commissioner James O’Neill.

The ASPCA gave the police department a $500,000 grant to buy the rolling command center.

"This will enable the NYPD to act quickly more efficiently build strong cases and get where they need to go," said Lawrence.

The command center is equipped with all of the basics for animal rescues, including portable cages, leashes, and devices to read identifying computer chips implanted in dogs and cats. It will also serve as a mobile work space and has a conference room so that detectives can discuss cases and process evidence.

Before the mobile command center, those with the NYPD's Animal Cruelty Investigation Squad had to go back to their office to start working on cases.

"Half the time, we would be sitting in the back of an unmarked RMP with a pad trying to fill out paperwork. Meetings with the ASPCA at a crime scene would happen in the back of a truck," said Lt. Adrian Ashby, the head of NYPD Animal Cruelty Investigation Unit.

While both the NYPD and ASPCA say that these types of tools can help them prosecute animal abusers, they added that public participation is paramount. They encourage anyone with information about suspected animal cruelty to call 311 or 911, depending on the urgency of the case.