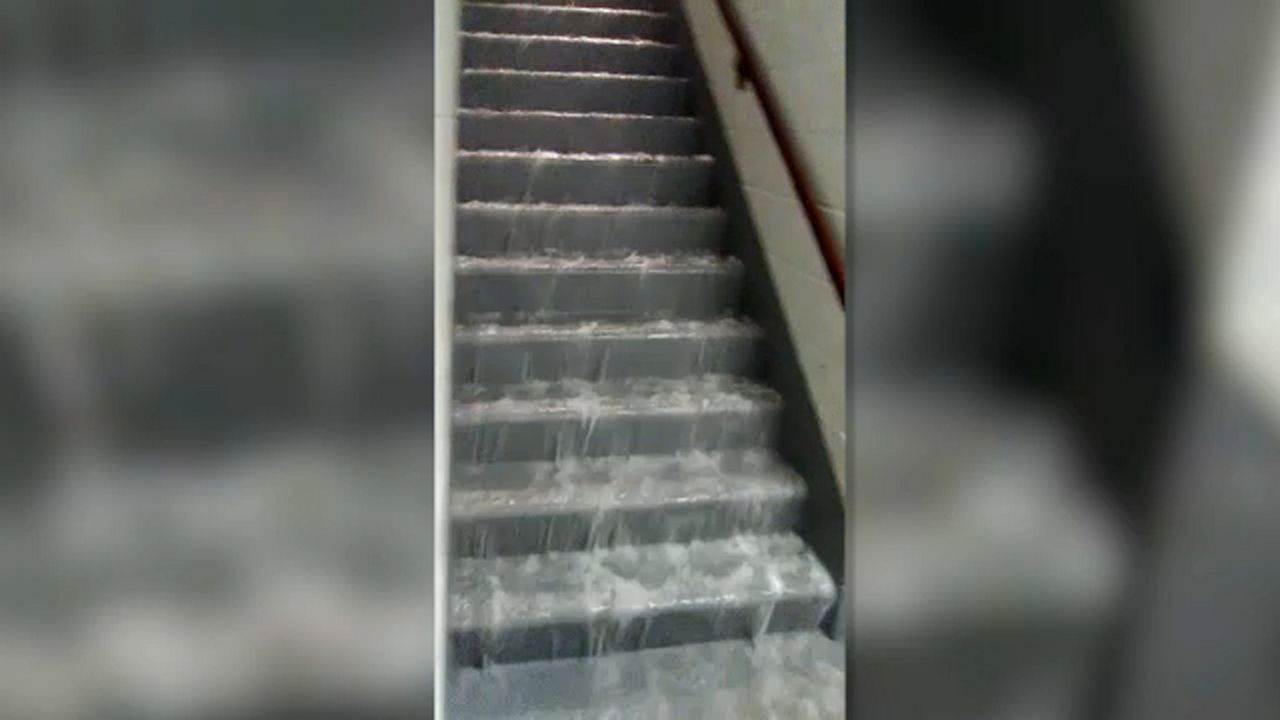 Water cascading down a stairwell of a New York City Housing Authority (NYCHA) complex in the Bronx, creating what some of the Morrisania residents called an indoor Niagara Falls.


"I've never seen that much water continuously flowing," said Daniel Barber, the chairman of a NYCHA tenant group. "We pushed so much water down the stairs, residents displaced sitting in the hallway."

The flooding began Monday morning on the 17th floor of 3135 Park Avenue, part of the Morrisania Air Rights complex  It was the second burst pipe in the building in 24 hours.

Kathy Marshall said water seeped into her apartment. "It was just a lot of water everywhere. It took us all day to get it up," the NYCHA resident said. "Then, the same thing happened again today."

Workers with the city's Housing Authority entered the building Monday to repair the second broken pipe. They had to temporarily shut off the elevators in the 20-story building — a problem for the residents, most of whom are elderly. Many of them could not climb the slippery stairs.

"People here in wheelchairs are stuck," one resident said. "My mom lives upstairs. I had to go up eight flights to bring her medication. I'm handicapped."

Tenants, however, are used to the elevators being out of service. They say most of the building's systems are old and need repairs.

"I've been here 38 years — this building is about to collapse," one resident said.

NYCHA officials said the agency will make additional fixes once this leak is resolved.

But residents we spoke with said they aren't getting their hopes up.

"As my mom told me, people talk because they have lips and they move. That's NYCHA," Barber said. "NYCHA has failed the residents time after time."

But for now, these tenants wait to dry out, adding burst pipes and flooding to their list of complaints.