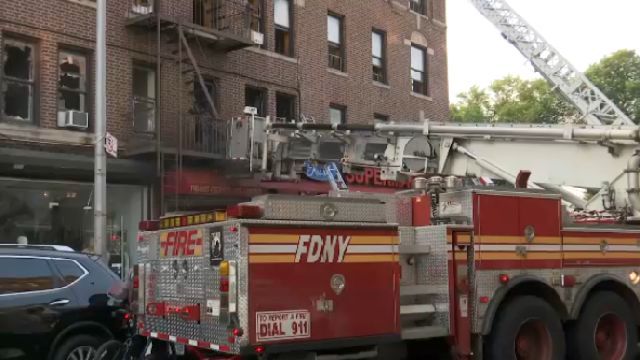 Fire marshals say a refrigerator's power cord is to blame for a Brooklyn deli fire that left one person dead and several others hurt.

It happened just before 6 a.m. inside the Deli Grill Fresh Supermarket in Crown Heights.

Police say heavy smoke trapped four people, one man and three women, on the second floor of the building.

The other three were rushed to local hospitals with critical injuries.

"When units arrived at the scene to find heavy fire on the first, and it eventually extended to the second floor, with heavy smoke conditions throughout the third and fourth floor," said FDNY Deputy Chief Anthony DeVita.

"We just heard a pounding on our door, and once we came to, we heard our super say, 'Fire, fire,'" said one resident.

Officials say the building had no working smoke detectors.

The Red Cross says it's assisting about fifteen families that were affected.