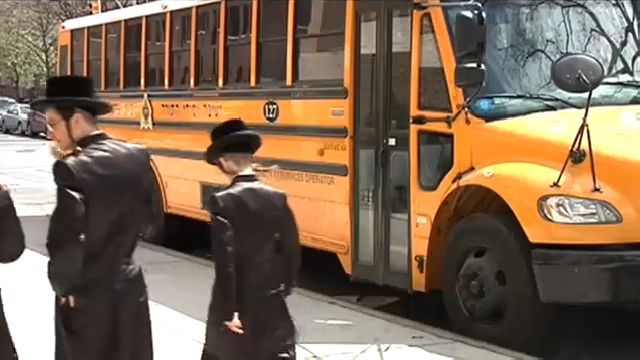 NEW YORK - Three years and one month ago, the de Blasio administration began investigating a group of ultra-Orthodox Jewish schools after some alumni and parents said they were not teaching legally required subjects like English, science or United States history.

On Thursday, the city said half of the 30 yeshivas under investigation have refused to allow city education officials to visit.

"There's another 15 that would not allow DOE officials into the door. And that’s not acceptable," De Blasio said.

In a 14-page letter to the State Education Commissioner, Schools Chancellor Richard Carranza offered the first public insight into the status of the probe. For three years, city officials - including the mayor - have refused to say much about the high profile investigation.

The letter describes planned one-time visits to 15 schools over the past 36 months where city officials saw a mix of religious classes in Hebrew and Yiddish and secular subjects. Inspectors saw science being taught at just two of the schools and history at just three of the schools, both subjects complaintants said were often skipped entirely.

The organization that spurred the investigation said the letter raises serious questions about the city's approach.

"I got the sense through reading this letter that the investigation was often yeshiva led, not city led," said Naftuli Moster of Young Advocates for Fair Education.

A group of ultra-Orthodox leaders has banned together to defend the yeshivas in the face of the investigation. They say the schools have introduced significant changes in the past few years, including working with textbook companies to develop curriculum that is aligned with the community's socially conservative values. The group's lawyer acknowledged the probe may have spurred the changes.

"They were able to pool resources and create a uniform, culturally sensitive Common Core compliant curriculum. That was a good thing. Did it emerge from the school put together like this. Quite possibly," said Avi Schick, attorney for Parents for Educational and Religious Liberty in Schools.

The investigation is very much ongoing but has been complicated by a change to state law pushed through by an ultra orthodox lawmaker that may shift the responsibility for investigating from the city to the state education department.

Both city and state officials say they’re working together to clarify who will lead the inquiry going forward.

Advocates debate the scope of investigation into NYC yeshivas