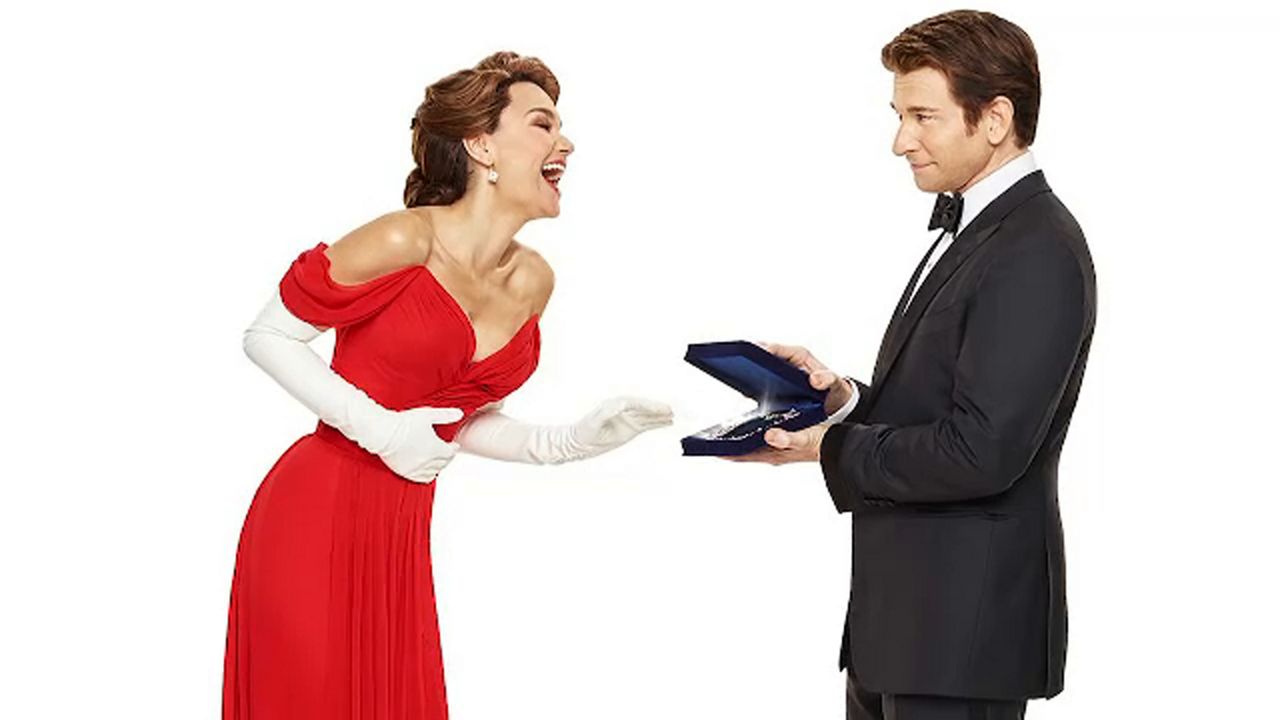 Fans of the 1990 film starring Julia Roberts and Richard Gere may be thrilled to see the Cinderella story set to music on Broadway. But in this era of #MeToo, why pick a silly fairy tale about a hooker and her corporate raider prince charming to revive now?

The creative team behind the musical adaptation hewed very close to the movie. It's co-written by J.F. Lawton, the film's screenwriter, and Garry Marshall, who directed the film. Even the costumes are basically the same. Some liberties were taken, but the message was little changed. And what exactly was that message? Beautiful prostitutes with hearts of gold have a shot at the brass ring? Or maybe, it takes a lot of money to buy lasting love.

But if you do buy into the fantasy, the storytelling is still a problem. Right from the start Edward Lewis, the billionaire businessman who needs a pretty woman on his arm, is smitten. And of course, Vivian, the prostitute is all in — that is until she's treated like a prostitute.

The music is written by veteran rocker Bryan Adams and longtime partner Jim Vallance. This is their first Broadway score and it shows with generic lyrics and bland tunes for the most part that do little to advance the plot.

They're fortunate to have a cast that almost manages to redeem the weak material. Samantha Barks does for the musical what Julia Roberts did for the film, injecting healthy doses of youthful vigor — much like shots of Botox — into the tired old tale. She sings as lovely as she looks in those Gregg Barnes outfits.

Andy Karl never disappoints, charismatically appealing once again, though I wish he had more to do.

His real-life wife, Orfeh, is a dynamo as Vivian's belting best friend. Tommy Bracco, as a ubiquitous bellhop, stands out, along with Eric Anderson in two roles, a happy homeless man and hotel manager, sings and dances up a storm under Jerry Mitchell's electric choreography.

But his direction stumbles in the opera scene. When Edward and Vivian go to see "La traviata," they're practically blown off the stage next to Allison Blackwell's stunning soprano.

In truth, the singing is all well and good, but considering the evolution of gender politics over the last 30 years, "Pretty Woman" today comes off pretty tone deaf.