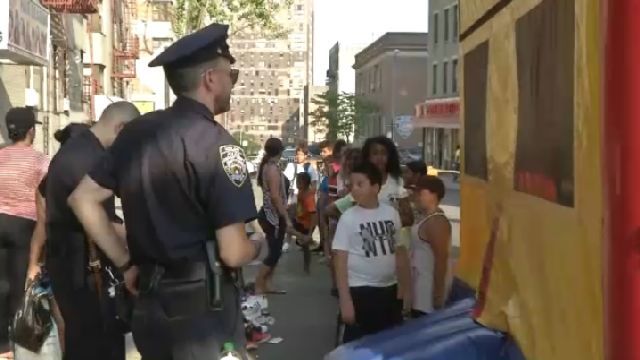 Police precincts across the city took part Tuesday in the National Night Out Against Crime, held every year on the first Tuesday of August.

This year, there was a special focus on the 48th Precinct in The Bronx, where 15-year-old Lesandro Guzman-Feliz was stabbed to death by alleged gang members in June.

The event was held in front of the church where his funeral was held.

Police Commissioner James O'Neill thanked the community for their help in the case.

"It's important that we come up here and thank the police department, thank the district attorney's office, but more importantly, to thank the community. Thank you for your help on this case. Without your help and immediate response, I think justice for Junior would have taken a while longer."

National Night Out started in the 1980s as an effort to inform people about police programs and make them feel safe on the streets.